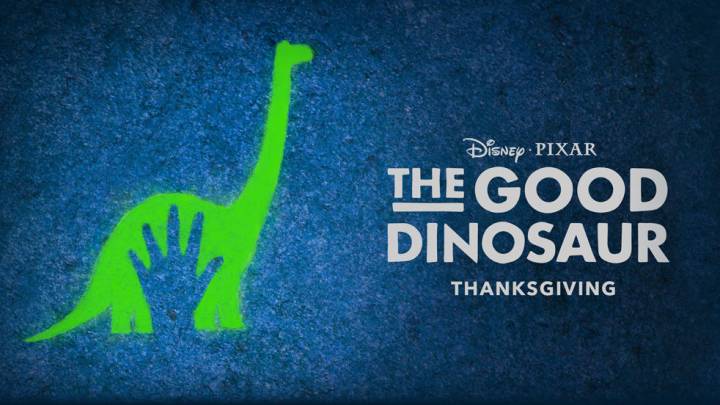 Following the release of Monsters University, many moviegoers became worried that Pixar might have finally lost its magic touch. The sequels just weren’t connecting with fans, and Brave, the studio’s one original film, suffered considerably from behind-the-scenes drama. It was beginning to look like Pixar’s reign had come to an end.

Then, after a year without a single Pixar release, the studio stormed back on to the scene with Inside Out and got us all back on their side. But can they keep us there?

WATCH MORE: That moment when you realize going backward down a massive water slide was a huge mistake

On Tuesday, Pixar released the first full-length trailer for The Good Dinosaur — a film about an alternate timeline where a meteor never wiped out the dinosaurs. The film will focus on an Apatosaurus named Arlo and his human friend as they fight to survive in the savage, prehistoric world.

Much like Brave, the version of The Good Dinosaur that we’ll see in theaters later this year appears to be the result of a great deal of internal strife. The original director was removed from the project; much of the cast has been replaced with new actors; and entire characters and story elements have been reworked or eliminated entirely.

Nevertheless, the trailer looks absolutely fantastic. I can only hope that the story lives up to visuals.

The Good Dinosaur will release in theaters on November 25th, 2015.