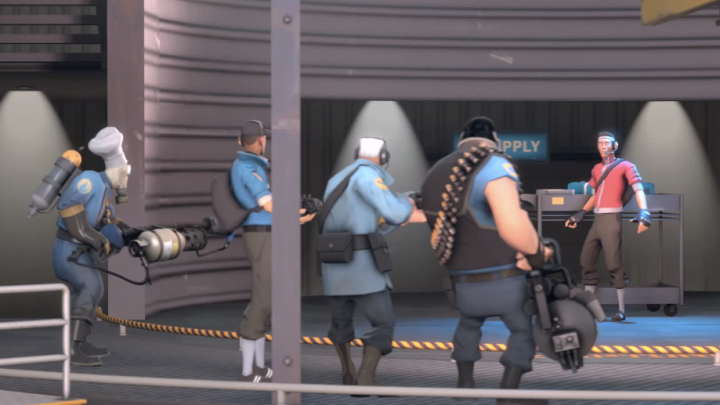 Machinima is the art of manipulating a computer graphics engine in order to create a cinematic production. This art form was popularized in the mainstream by Red vs. Blue, a Halo machinima series that has been running since 2003. Not long ago, Valve decided to give its community the ability to make their own home movies with the Source Filmmaker software.

There have been plenty of impressive productions since then, but this past weekend, we were treated to one of the best yet.

DON’T MISS: 3 of the best video game console deals on Amazon this week

YouTube user The Winglet has been working with Team Fortress 2 and the Source Filmmaker for quite some time, but “Live and Let Spy” is by far his most involved project to date. It’s actually the third short in what he calls “The Fedora Chronicles,” but it’s actually longer than both of the previous entries combined.

According to The Winglet, this short took over six months to film and 150 hours to render. Considering the fact that it’s fully voiced, features custom textures and is one of the longest SFM films on YouTube, that’s pretty darn impressive.

So here’s “Live and Let Spy” in all its glory:

You can watch the first part, “Operation 2Fort” and the second part, “The Bolted Behemoth” at those links as well.