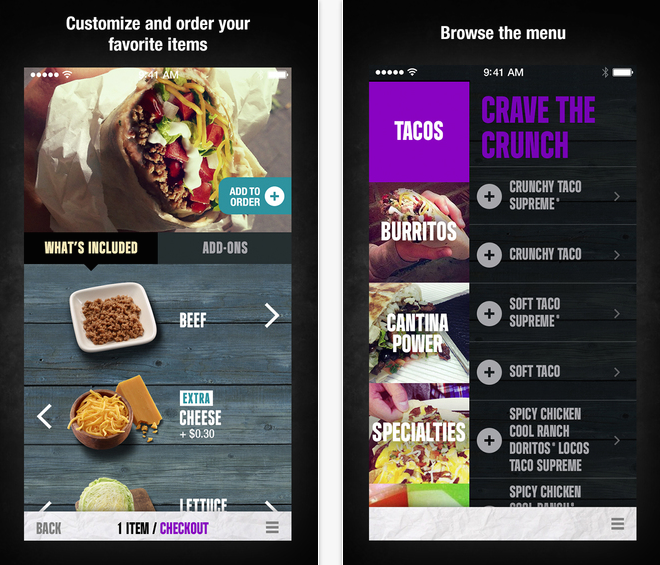 Taco Bell has unchained a new monstrosity upon the American public: A mobile app available for iOS and Android that will let you preorder and pay for your food ahead of time, thus saving you a lot of time you’d normally waste standing in line. As you’d expect, the marketing campaign behind this new app is unintentionally hilarious and will make anyone who’s even eaten at Taco Bell keel over either from laughter or clogged arteries.

You see, when you place an order on the app, the people working at your local Taco Bell don’t start working on it right away. Instead, they wait until the app detects you’re in the Taco Bell parking lot, when you’ll be given the opportunity to “check in” at the restaurant. Then and only then will Taco Bell employees start to make your order because… wait for it… the company says freshness and quality are important to its customers.

While it’s certainly true that food tastes better when it’s freshly made, we don’t really think of Taco Bell as the place to go if you want high-quality fresh food. What’s more, we can’t imagine that anyone who would regularly order things like the Doritos Locos Taco or the Waffle Taco actually cares that much about fresh food — instead, they’re just looking for some form of meat-flavored goo to shove in their mouths that hopefully won’t take too many years off their lives.

At any rate, you can learn more about the new Taco Bell tap-to-order smartphone app by checking out the video below, which hilariously talks about how the app to solve the deep psychological stresses that come with “menu anxiety.”