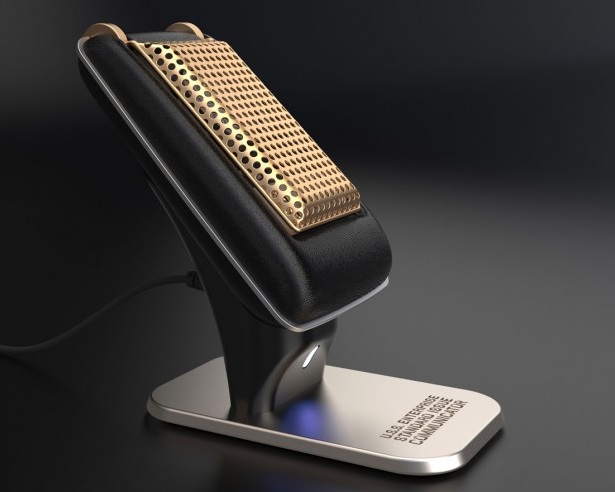 Star Trek has a lot of cool technology that we don’t have today, such as warp drives, tractor beams and teleportation. That said, its smartphones look really, really out of date — in fact, Star Trek’s famous communicator mobile phones look more like clunkier versions of old Motorola flip phones than they do modern smartphones. That said, diehard Trekkies will nonetheless love a brilliant new smartphone accessory unveiled this week that will give them the ability to look just like Captain Kirk while they’re talking to friends on the phone.

DON’T MISS: Hooking Your Home Up with Solar Power? Here are the Essential Questions You Need to Answer

Via The Verge, the new Star Trek Communicator Bluetooth Handset is available to preorder for $149.95 right now and it looks like a dead ringer for the devices that appear on the original Star Trek series. The device was formally unveiled at ComicCon this week by its creators at The Wand Company and it will start shipping some time in January 2016.

Essentially, the device is a bluetooth handset that you can pair with your regular smartphone to make calls with. So while it can’t serve as a full replacement for your phone, it can act as a handy stand-in accessory for any Trekkies who just can’t bear to feel anything less than completely authentic during conventions. It also has wireless charging technology, which means you won’t have to worry about plugging both your smartphone and your communicator into a wall when they’re low on juice.

You can preorder the device at The Star Trek Shop by clicking here.