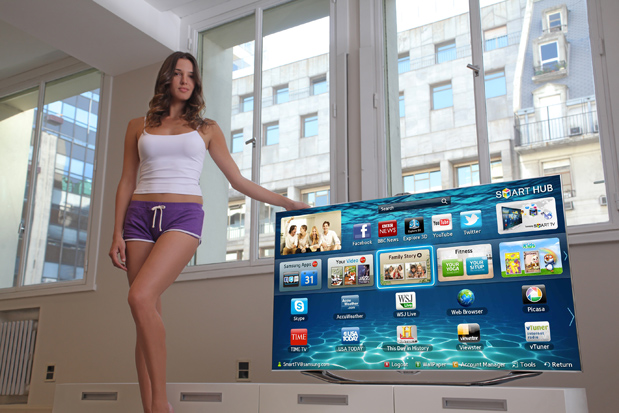 Smart TVs, particularly Samsung’s (005930) last few generations of flat screens, can be hacked to give attackers remote access according to a security startup called ReVuln. The company says it discovered a “zero-day exploit” that hackers could potentially use to perform malicious activities that range from stealing accounts linked through apps to using built-in webcams and microphones to spy on unsuspecting couch potatoes. Don’t panic just yet, though. In order for the exploit to be activated, a hacker needs to plug a USB drive loaded with malicious software into the actual TV to bypass the Linux-based OS/firmware on Samsung’s Smart TVs. But, if a hacker were to pull that off, every piece of data stored on a Smart TV could theoretically be retrieved.

As if the possibility of someone stealing your information and spying on you isn’t scary enough, according to ComputerWorld, “it is also possible to copy the configuration of a TV’s remote control, which would allow a hacker to copy the remote control’s settings, and remotely change the channel.”

ReVuln told The Register it hasn’t informed Samsung of the vulnerability and plans to sell the details of in hopes of “speeding up” development of a fix. A video of the exploit as proof from ReVuln follows below.