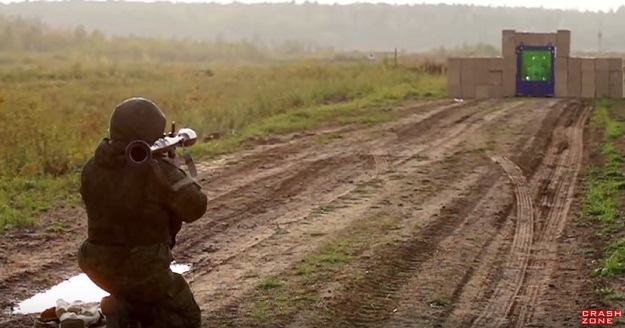 Leave it to the Russian YouTube channel Crash Zone to come up with an answer to a question no one ever really thought to ask: What happens when you pit a shoulder-fired RPG (rocket propelled grenade) against 16 inches of fortified bulletproof glass?

Why a whole lot of destruction, naturally.

As you might expect, the RPG emerged victorious by a mile. Bulletproof glass, especially 16 inches worth, is certainly no joke. But when you start talking about military grade weaponry, well, that’s an entirely different level of destructive power to contend with.

DON’T MISS: T-Mobile has the best iPhone 6s deal in the world

Underscoring the unabated power of the RPG, the YouTubers placed a dummy torso behind the glass to see how it would fare in all of the resulting chaos and obliteration. Short answer? Not too well.

And while we’re on the topic of senseless destruction, the YouTube channel FullMag, by pure coincidence, posted a video of a 5k Retina iMac being shot at by a 90mm cannon.

The iMac, of course, doesn’t stand a chance. Perhaps Apple should consider the same series 7000 aluminum it’s using on the iPhone 6s.