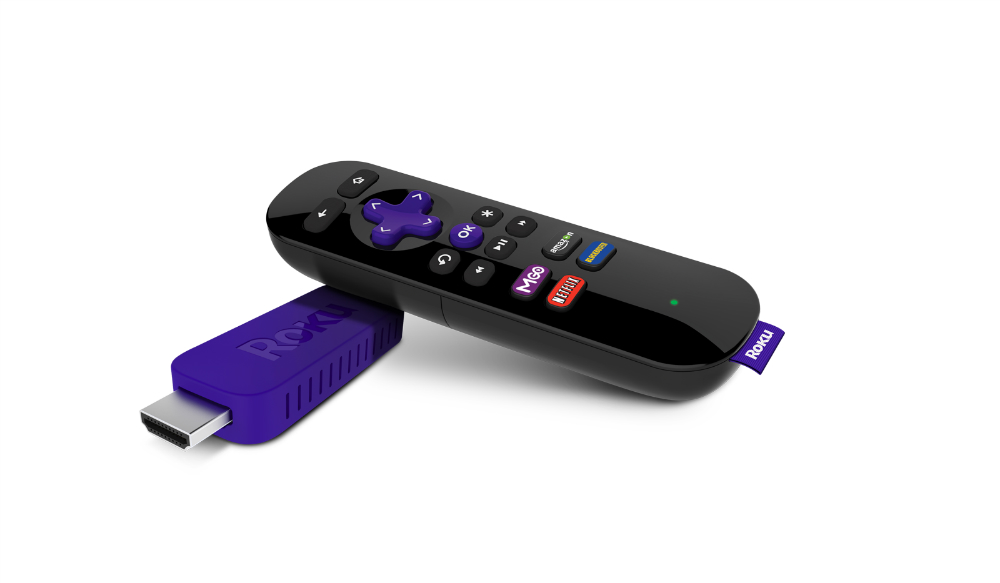 Roku on Tuesday unveiled the new Roku Streaming Stick, its own fresh take on affordable TV HDMI dongles that bring more entertainment to the living room – the company launched a similar streaming stick in 2012. Roku’s 2014 stick appears to be a response to Google’s Chromecast dongle, one of the most popular devices sold by the Search giant. Unlike the Chromecast, the Roku comes with an additional piece of hardware, a remote control that can be used to “access the sleek Roku user interface with shortcuts to movies, TV shows, news, the Roku Channel Store, Roku Search and more,” but it will still have some Chromecast-like streaming features.

Additionally, free Roku iOS and Android apps can be used to stream Roku content, and the company will also let mobile device users cast content from smartphones and tablets, including Netflix, YouTube and personal media. A future update will also bring support for beaming content from a computer to the TV.

The device is slightly more expensive than the Chromecast, although it’s available for pre-order in multiple markets including USA ($49.99,) Canada ($59.99,) and U.K. and the Republic of Ireland(£49.99) from a variety of retailers including Roku’s online stores, local Amazon, Best Buy and Walmart stores, as well as other retailers. The stick will be launched in April, although an actual release date isn’t yet available.

Saratoga, Calif. – March 5, 2014 – Roku Inc. today announced the new Roku® Streaming Stick™ (HDMI® version), a tiny Roku player that gives consumers the easiest way to enjoy the best selection of streaming entertainment on TV. The Roku Streaming Stick (HDMI version) features the compact stick design pioneered by Roku and plugs discreetly into an HDMI port for a streamlined look that’s ideal for wall-mounted TVs. For the best TV experience, the entire household can use the included remote control to access the sleek Roku user interface with shortcuts to movies, TV shows, news, the Roku Channel Store, Roku Search and more. Those who desire a mobile experience can use their smartphone or tablet (along with the free Roku apps for Android™ and iOS® devices) to browse and select channels to stream. They can also cast Netflix, YouTube and personal media from their devices to their TVs. Over time Roku will add additional mobile features such as the ability to cast content from a computer to the TV.

“The new Roku Streaming Stick gives consumers more choice for streaming entertainment to the TV than any other device,” said Jim Funk, senior vice president of product management at Roku. “Consumers want a ton of entertainment, an easy way to search for movies and TV shows, and options to control the experience with a remote or mobile device. This new Roku Streaming Stick brings all that and more – and in a tiny form factor.”

Once plugged in, the Roku Streaming Stick lets consumers start streaming from more than 1,200 channels (more than 750 channels in Canada, the U.K. and the Republic of Ireland) of movies, TV episodes, music, news, sports, kids’ shows and free programming – more channels and genres than any other TV streaming device – and all in up to 1080p HD video. Recently launched channels include Conde´ Nast Entertainment, SHOWTIME ANYTIME, WATCH , WATCH Channel and YouTube.

Roku’s original streaming stick, the Roku Streaming Stick (Roku Ready® version), which the company launched in 2012, will be bundled at retail with Roku Ready devices. In 2013, Roku certified 60 different products from 14 partners who shipped more than 2.5 million Roku Ready devices, most of which were televisions. There are currently 20 Roku Ready partners in the program.

The new Roku Streaming Stick (HDMI version) has a suggested retail price of $49.99 in the U.S., $59.99 in Canada, and £49.99 in the U.K. and in the Republic of Ireland. It is available for pre-order now from Amazon.com, Amazon.ca, BestBuy.com, BestBuy.ca, FutureShop.ca, Currys.co.uk, LondonDrug.ca, Staples.ca, Target.com, Walmart.com, Walmart.ca, Roku.com, Roku.ca and Roku.com/uk. The new Roku Streaming Stick will ship to consumers and arrive in retail stores in April.