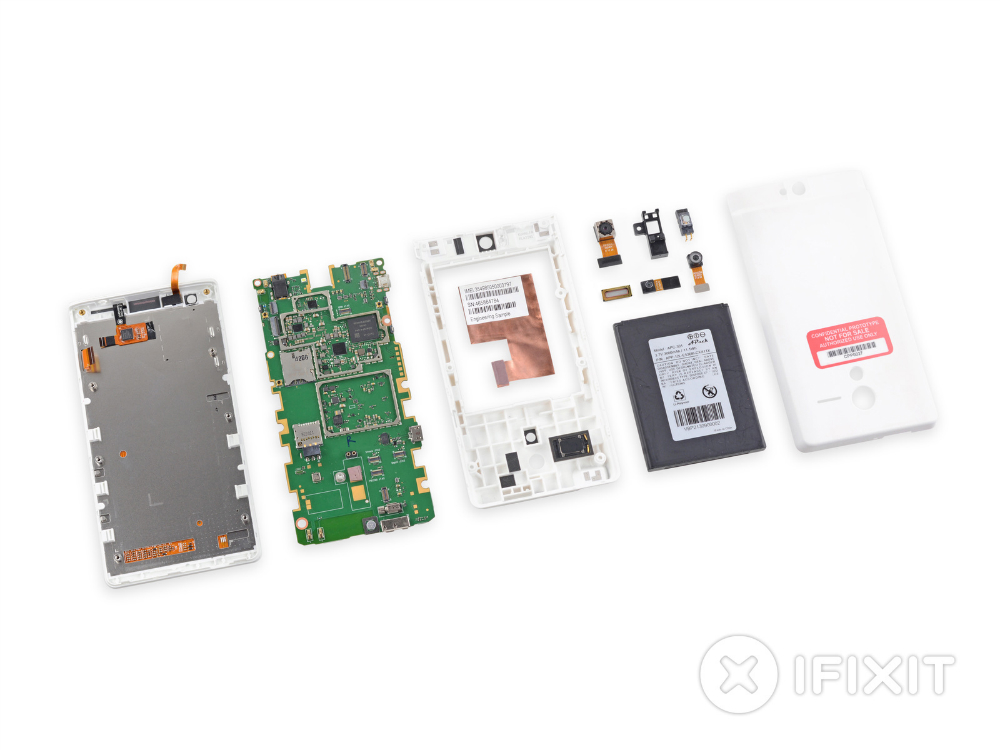 Project Tango is a new Google initiative that aims to bring 3D-sensing to mobile devices. The tech could allow people to use devices for mapping areas around an individual, especially indoors, for navigation, gaming and other purposes. Just like Project Ara, the modular phone developed by Google, Project Tango is still in its infancy, with only a handful of developers having been invited to test it out. Even so, it appears iFixit has gotten its hands on the device in order to put it through its usual teardown paces.

The most interesting component found by iFixit is an infrared processor that helps Google map the phone’s surroundings in 3D. However, Google did not let iFixit turn on the device, and so the company came up with its own way to power up the IR projector to figure out how it works.

“A little gentle power applied, a home-hacked IR camera, and presto! Shiny dots on the photo room wall,” the company wrote, saying that the bright grid of dots shows that Project Tango works like a Kinect, with the dots being then captured by the 4-megapixel camera. “How do you build the depth map? It certainly looks to us like nearer dots are smaller, and farther dots are more expanded. Measure the size of the dot, and you’ve got its distance from the projector,” the publication wrote.

When it comes to reparability, iFixit gave Project Tango a score of 9 out of 10, which isn’t surprising considering that the device does not feature “flashy looks or a slim body.” Instead, “it just packs its tech into a box in the simplest way possible,” making it one of the easiest to disassemble phones.

Image showing the powered up IR sensor follow below.