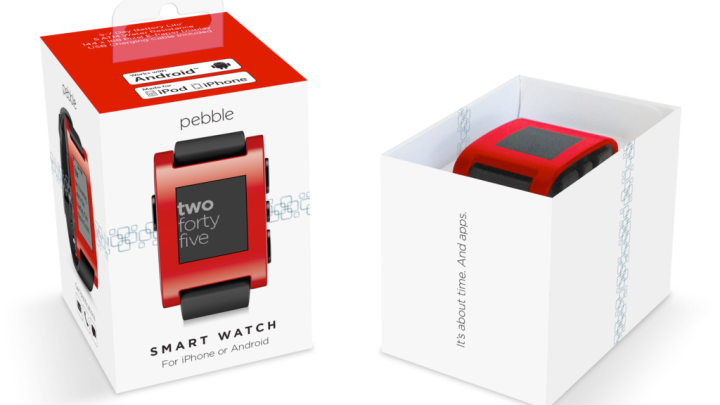 Pebble CEO Eric Migicovsky on Tuesday announced an exclusive partnership with Best Buy to offer his company’s popular smartwatch at the Best Buy retail stores nationwide. The Pebble got its start on crowd-funding website Kickstarter in 2012, earning more than $10.2 million from 68,000 backers to become the most successful campaign in the site’s history. Market research firm ABI Research previously said that 2013 could be a breakout year for smartwatches, with shipments of more than 1.2 million devices, and Pebble’s partnership with Best Buy will do a great deal to help that figure become a reality.

“The outpouring of support from our Kickstarter backers was the first signal to our team that Pebble’s approach to smart, wearable technology was something the world was ready for,” Migicovsky said. “We’ve learned that people want their Pebbles. Thanks to Best Buy, we’re giving folks more ways to make that happen.”

The Pebble’s display uses E Ink technology that allows it to be visible in direct sunlight and helps the device achieve seven days of battery life on a single charge. The watch also includes support for Bluetooth 4.0 and is compatible with Android and iOS devices.

The Jet Black Pebble is available immediately on Best Buy’s website for $150 and will be in stores starting July 7th, while the Cherry Red color option will reach retail stores sometime in August.

Pebble is the innovative and customizable Bluetooth watch that seamlessly brings information from iOS and Android devices to your wrist.

Pebble is Kickstarter’s most successful crowdfunding project ever: earning more than $10.2 million from more than 68,000 backers.

Palo Alto, CA (July 2, 2013) – Pebble Technology proudly announces the exclusive launch of its record-breaking smart watch in Best Buy stores this summer. Jet Black versions of the programmable, waterproof, app-enabled smart watch are available online now at bestbuy.com/pebble and in all US Best Buy stores on Sunday, July 7 (MSRP $149.99). Pebble’s expansion into retail distribution is a key step in meeting the tremendous public demand for its crowd-supported e-paper watch for iOS and Android.

“It’s been so rewarding to see and share the great things our early backers and development partners have done with Pebble already,” says CEO Eric Migicovsky. “Their work and our evolving app ecosystem has kept demand very high. Best Buy’s partnership with us is a big step towards meeting that demand.”

Pebble’s black-and-white e-paper display is sharp and clear, with animated graphics that are fully readable in bright daylight. The watch pairs with iOS and Android devices via Bluetooth, allowing for wrist-top notifications like text messages, emails, and incoming calls as well as remote control features for music and other media playing from the phone.Pebble’s watch band is fully customizable as well, compatible with any standard 22mm strap.

While offering a full-featured out-of-box experience, Pebble also gives those who are eager to build and tinker the tools they need to expand the watch’s usability. Pebble’s evolving, open development platform allows people to create and share watch apps—from custom watchfaces and stopwatches to fitness trackers and games—making a wide range of designs and utilities available for all. Pebble users can also enjoy existing integrations with popular sports apps RunKeeper and FreeCaddie, with more apps to come in the future.

“The outpouring of support from our Kickstarter backers was the first signal to our team that Pebble’s approach to smart, wearable technology was something the world was ready for,” recalls Migicovsky. “We’ve learned that people want their Pebbles. Thanks to Best Buy, we’re giving folks more ways to make that happen.”

Jet Black Pebbles are available now on bestbuy.com/pebble and in stores on July 7, with Cherry Red Pebbles to follow in August. Pebble’s three other colors—Orange, Grey, and Arctic White—remain available for pre-order on getpebble.com.