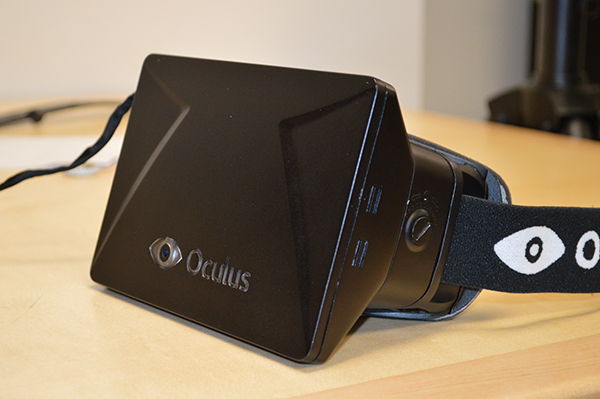 With 3D gaming a complete failure, the next frontier for gaming innovation looks like it will be virtual reality. The good news is that the John Carmack and Cliff Blezinkski-supported Oculus Rift 3D virtual reality headset that managed to rack up almost $2.5 million on Kickstarter is coming along very nicely, with the latest prototype ready for mass production. The bad news is that the $300 developer kits previously slated for January 2013 won’t arrive until mid-March due to difficulties securing sufficient high-definition displays.

With the delay, the developer kit screen has now jumped from a 5.6-inch 720p resolution display to a 7-inch display with 1280 x 800 resolution with vastly better contrast and color reproduction. But the screen isn’t the only part of the Oculus Rift that’s been improved. The HMD now sports a custom-built “9DOF motion sensor that excels in VR-critical areas,” an increased refresh rate of 1000Hz and a magnetometer to accompany the accelerometer and gyroscope.

The Oculus Rift is the first head-mounted gaming display with full head-tracking that aims to bring total immersion to video games.

At the very least, the latest prototype of the head-mounted display (HMD) doesn’t look like a crude pair of ski goggles duct taped to wires together. A few more photos of the latest Oculus Rift prototype follow below.