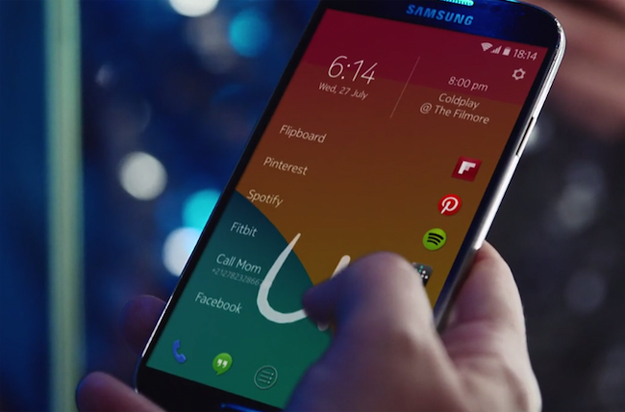 Nokia surprised the mobile community this past summer when the company unveiled its first ever Android app, Z Launcher. With its devices and services business out of the way and its obligations to Microsoft regarding Windows Phone gone, the company wasted no time in embracing Google’s mobile platform.

Z Launcher, a nifty and intelligent Android launcher that places a user’s most popular apps on the home screen and changes based on the time of the day, was initially released as a pre-beta intended to be made available to 10,000 initial testers.

By the end of its first day of availability, Z Launcher had been downloaded 100,000 times and Nokia had to stop accepting new users.

DON’T MISS: Nokia N1: Nokia bursts back onto the scene with an all-aluminum Android 5.0 tablet

Nokia’s Android launcher app has received a few big updates in the past, but none were as big as the update the company just announced on stage during the Slush 2014 conference in Finland.

First and foremost, Nokia is finally stripping the app’s “pre-beta” label and releasing Z Launcher as an open beta available for download in the Google Play app store. For the many people who didn’t download it fast enough when it was first launched this past summer, the wait is finally over.

Beyond that, Nokia is also rolling out several new features to Z Launcher that will debut in the new public beta release:

During a meeting with BGR, Nokia’s head of Z Launcher Brook Eaton said that the response to the app has been tremendous thus far. In particular, he noted that users love Nokia’s unique “Scribble” feature, which allows a user to draw a letters anywhere on the screen with a fingertip, and Z Launcher will drill down the apps displayed on the screen as he or she writes.

So, for example, drawing a “T” will display apps that begin with a T, and then drawing a “W” might remove anything from the screen other than the Twitter app.

Z Launcher is available for free as an open beta beginning Tuesday, and more information can be found on Nokia’s Z Launcher site, which is linked below in our source section.