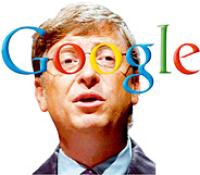 After getting dragged into the Department of Justice by Google, who claimed that the Vista Desktop Search was such that it discouraged any 3rd party search options from being a realistic alternative for users, Microsoft has now jumped at a compromise. According to the agreement, Microsoft will include the option to integrate the desktop search option of your choice, much as it does within your browser, or even your browser choice itself. They’ve said that they’ll include it as part of Vista SP1, which is set to go into beta later this year. In exchange, Google will call off the dogs and keep the DOJ from investigating further. “Plaintiffs are collectively satisfied that this agreement will resolve any issues the complaint may raise under the Final Judgments, provided that Microsoft implements it as promised,” noted the regulators involved.