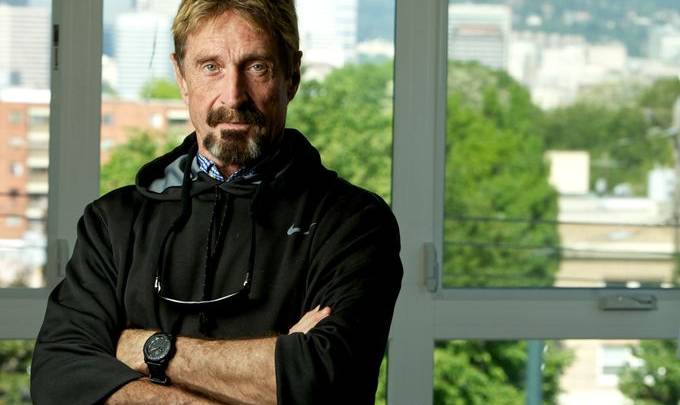 With Donald Trump not only running for President but actually enjoying a significant lead over rival candidates, the build-up to the 2016 Presidential election will undoubtedly be one for the record books, at least as far as entertainment value is concerned.

And just when you thought that the media circus surrounding the 2016 election couldn’t get any more absurd, anti-virus maker John McAfee this week announced that he plans to run for U.S. President with a newly formed party called the Cyber Party. On Tuesday, the Federal Election Commission confirmed that McAfee had filed the requisite paperwork to run.

In an email sent to Ars Technica, McAfee said that his newly formed Cyber Party “in terms of ideology and aims… is not really related to any existing party.”

DON’T MISS: The iPhone 6s has a very tough act to follow

A self-described eccentric millionaire, McAfee said that he has a huge underground following and that he’ll be able to win the Presidency because he’s unapologetically honest and is more than willing to tackle questions about his “checkered background” head-on.

As far as a platform is concerned, McAfee signaled that he intends to focus on privacy issues.

“We are losing privacy at an alarming rate — we have none left,” McAfee said in remarks provided to CNN. ” We’ve given up so much for the illusion of security and our government is simply dysfunctional.”

McAfee of course rose to prominence, while earning millions, on the back of anti-virus software he created in 1988. His company wound up being acquired by Intel in 2010 for more than $7.6 billion.