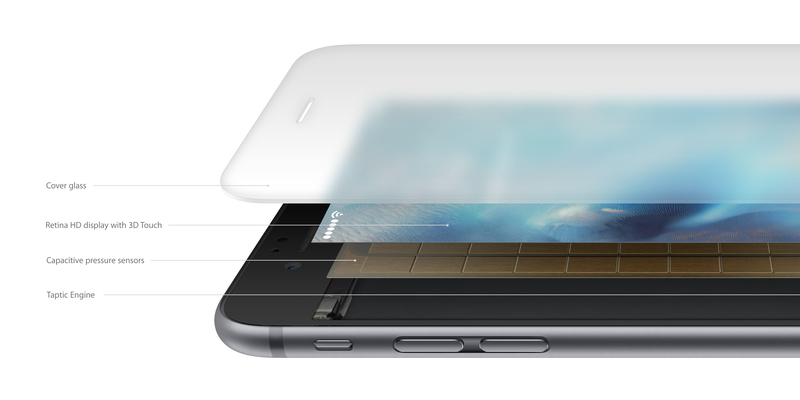 At one point during Samsung’s Galaxy S6 presentation in early March, the company triumphantly announced Samsung Pay, bragging that unlike the competition’s similar product it’ll work with any existing payment terminal. The move was a direct response to the iPhone 6’s Apple Pay feature introduced a few months earlier, which gave a significant boost to the entire mobile payments ecosystem.

Now, let’s play the speculation game: which iPhone 6s feature do you think Samsung will introduce during next year’s Galaxy S7 media event?

If you said 3D Touch – the new user interface interaction model that’s unique to the iPhone 6s series for the time being – you might be right. Samsung is yet to confirm any of this, but rumors are already suggesting that the upcoming flagship phone will have a ClearForce pressure-sensitive display tech that’ll be able to discern between the various kinds of pressure when touching the screen.

The news comes from Weibo, where a leaker said that Samsung is already an enlisted partner for Synaptics’s ClearForce technology. The same technology is already employed by the Huawei new Mate S.

We suggested this might be the case in an earlier article.

A separate report out of Vietnam says that Samsung is only going to have one Edge-branded phone next year, which might be part of the Galaxy S7 family. In 2015, Samsung launched two different smartphones with curved displays, including the Galaxy S6 edge and the Galaxy S6 edge+.

Assuming these rumors are accurate – and there’s plenty of time to go until Samsung actually announces its 2016 flagship phone – it’ll be interesting to see how Samsung’s version of 3D Touch will work on a curved screen.