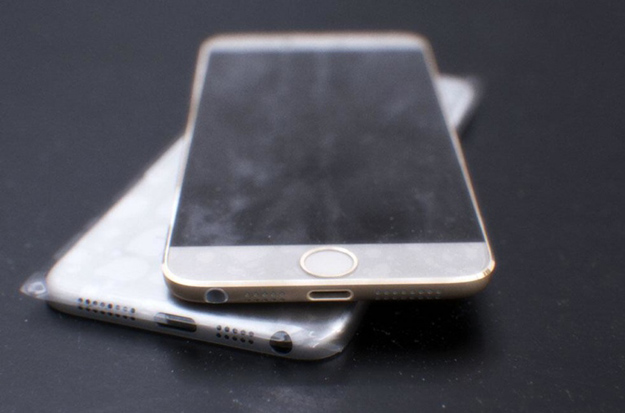 Apple device leaker Sonny Dickson has been quiet lately since, well, there haven’t been any upcoming Apple products to leak. That’s changing fast as Apple finalizes its designs for what half a dozen solid independent reports claim will be not one but two brand new iPhone models that will launch this year. The first is said to be an iPhone 6 with a larger display measuring about 4.7 inches diagonally, and the second will reportedly be an iPhone phablet with a 5.5-inch screen. We’ve all read the rumors, but the actual devices have remained hidden… until now?

UPDATE: MacRumors has gotten its hands on more photos that are much better quality, and they reportedly show a fully assembled prototype. They can be found below above the original photos from Dickson.

UPDATE 2: A Reddit user has made a convincing argument that these photos are fakes based on concept renders created by a graphic designer late last year.

Dickson on Wednesday posted a series of images from his Twitter account. He didn’t share any information alongside the low-quality photos, labeling them only as “teasers,” but it is believed that the images show the outer casing for one of Apple’s new iPhone models set to debut later this year.

Four images of what may be Apple’s upcoming iPhone 6 shell follow below. And since they’re teasers, we can likely expect plenty more from Dickson soon enough.