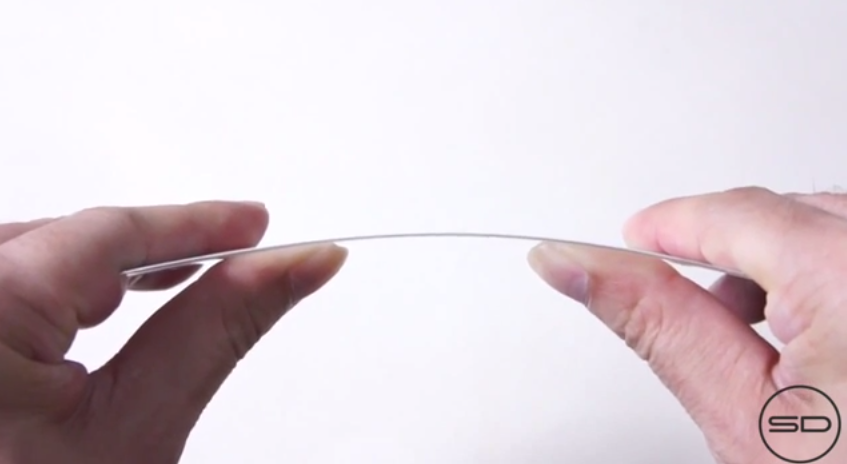 The iPhone 6 is still around two months away from being announced but that isn’t stopping people from putting it under preemptive stress tests using leaked parts. Sonny Dickson has just posted a new video showing the iPhone 6’s display undergoing some mild stress tests that involve bending the display to see how well it holds up under pressure.

The video unsurprisingly shows us that the panel can be bent a fair amount, although it doesn’t really test its limits to show us whether it can survive significantly higher stress. Dickson implies that the display is made from sapphire, although he doesn’t give any concrete evidence explaining why this display is definitely made from sapphire and not Corning’s Gorilla Glass or some similar material.

We definitely know that Apple is using sapphire to create displays for at least one of its devices, although we aren’t certain at this point whether that will be the iPhone 6 or just the upcoming iWatch. Apple has recently been granted patents that show the company has been working on developing iPhones with sapphire displays, which will supposedly be more durable and more resistant to fingerprint smudges than the displays Apple has traditionally used for the iPhone.

Be sure to check out Dickson’s full video below.