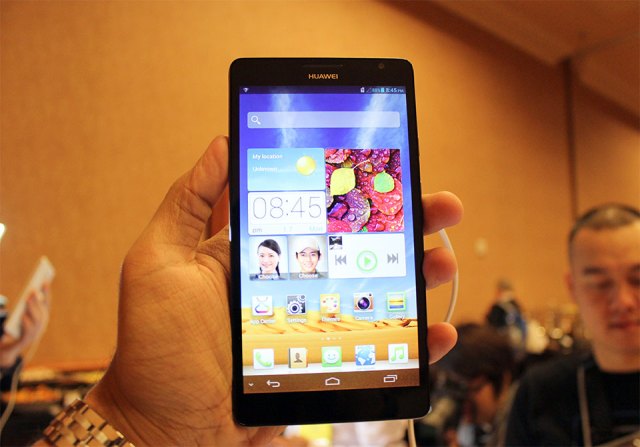 Huawei (002502) on Monday took the wraps off its colossal Ascend Mate and Ascend D2 smartphones at the Consumer Electronics Show in Las Vegas, Nevada. The Ascend Mate is the larger of the two and is equipped with a 6.1-inch 720p display, a 1.5GHz in-house quad-core processor, an 8-megapixel rear camera and a massive 4,050 mAh battery. The smaller Ascend D2 features a 5-inch 1080p display with a class leading pixel density of 443 pixels-per-inch. The smartphone is equipped with the same 1.5GHz quad-core processor as its larger sibling, and includes a 3,000 mAh battery and a 13-megapixel rear camera.

No pricing or North American launch details were announced.