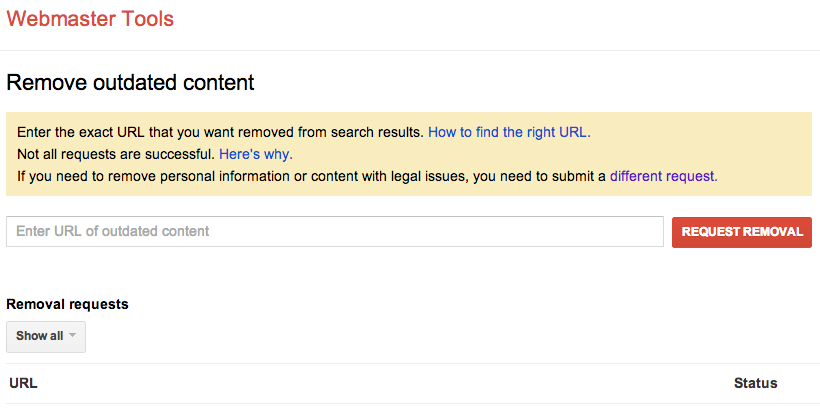 Google received a potentially devastating blow in Europe earlier this week, where a court ruled in favor of the individual’s right to protect his or her privacy, and the right to be forgotten on the Internet. Essentially, this ruling gives the power to any European Internet user to ask the search giant to remove links that point to websites that contain personal details. And it looks like hundreds of people are already demanding that certain links should be removed from the Google Search index.

According to The New York Times, Google will set up an online tool that European consumers will use to ask the company to remove links to certain online content. Google has not yet revealed how the tool will work, but it’s likely to be available to users by the end of the month.

“This is logically complicated,” Google said. “As soon as we have thought through exactly how this will work, which may take several weeks, we will let our users know.”

Google already has a “Remove outdated content” service, Business Insider reports, which can be used to ask for link removals for the time being, although this isn’t specifically catered to the needs of Europeans that want to have data removed from online search following the recent court ruling.

It’s worth remembering that while Google will remove links to personal content in Europe, the ruling doesn’t actually force websites to remove the content as well – it only makes it harder for others to find it. It’s also not clear whether other search engines would be forced to offer European users a similar feature.

Opinions on the ruling are divided, with some people praising the court’s decision, and others pointing out that Internet users will be able to game the decision and censor the Internet. For example, BBC reveals that an ex-politician seeking reelection, a man convicted of possessing child abuse images and a doctor who wants negative reviews removed are asking Google to remove links from search.