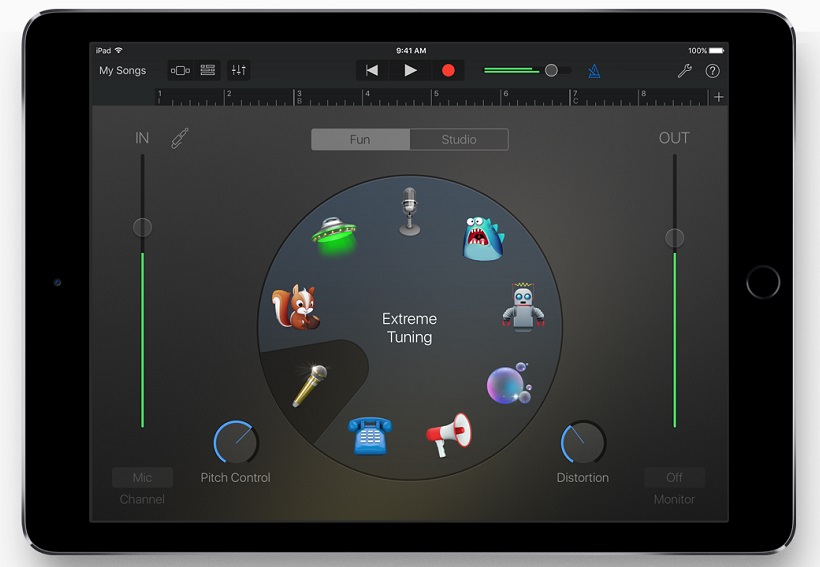 Apple earlier today announced a number of compelling updates to its suite of music creation software with the roll out of GarageBand for iOS 2.2 and Logic Pro X 10.3.

Tackling GarageBand first, the latest update now includes the Alchemy synthesizer along with a new “sound browser” that promises to make it easier for users to search through instruments and find the exact type of sounds they’re looking for.

As for other GarageBand features, Apple boasts that the software now offers users a number of new music recording options.

Recording music in GarageBand for iOS also gets easier with Multi-Take Recording, giving users multiple passes to capture their best performance and the ability to audition and switch between their favorite takes.

The release also features a redesigned Audio Recorder that adds fun, one-tap vocal effects and provides users with even more sophisticated studio effects like pitch correction, distortion and delay. Seasoned users looking for even more control over their mixes can use a new collection of advanced audio processing tools, including an interactive graphic Visual EQ and the ability to use third-party Audio Unit plug-in effects for expandable, creative sound design.

With respect to the latest iteration of Logic Pro X, the software has been retooled to work with the Touch Bar on Apple’s new MacBook Pro. What’s more, Apple relays that Logic Pro X users can now remotely add new tracks to a project straight from their iPhone or iPad.

“With a new share option,” Apple writes, “users can upload a special GarageBand-compatible version of a Logic project to iCloud, which they can then open on their iOS devices and add new recordings whenever inspiration strikes. When the project is saved back to iCloud, any newly added tracks will automatically appear in the original Logic project the next time it’s opened on a Mac.”

The latest version of GarageBand can be downloaded as a free update for existing users. Otherwise, it will set you back $4.99. Logic Pro X, meanwhile, is available for $199 from the Mac App Store for first time users.