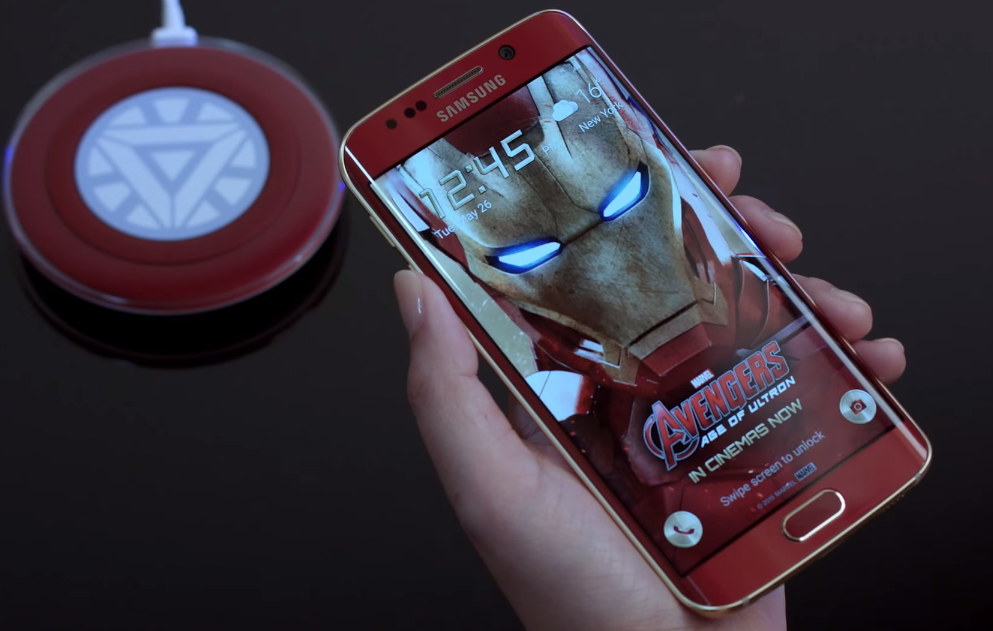 If you’ve ever wanted a smartphone that looks like a Marvel superhero, this is the moment you’ve been waiting for. Samsung on Tuesday unveiled its Galaxy S6 edge Iron Man Limited Edition, which will go on sale on May 27th in Korea and will then launch in China and Hong Kong in June. The device will be much the same as the regular Galaxy S6 edge, only it will be colored red and gold and will feature an image of Iron Man on its rear panel. The device also comes with 64GB of storage, which makes it a step up from the basic 32GB tier of the original Galaxy S6 edge.

As Samsung is wont to do, it has also released an official unboxing video for the device. Among other things, the video shows someone unboxing the device itself, its special Iron Man-style wireless charging pad, its headphones, its charger and its special glass case that attaches to the device’s back panel. Given what we see in the video, the device isn’t something we’d personally own but it nonetheless should become a collector’s item in the future if nothing else.