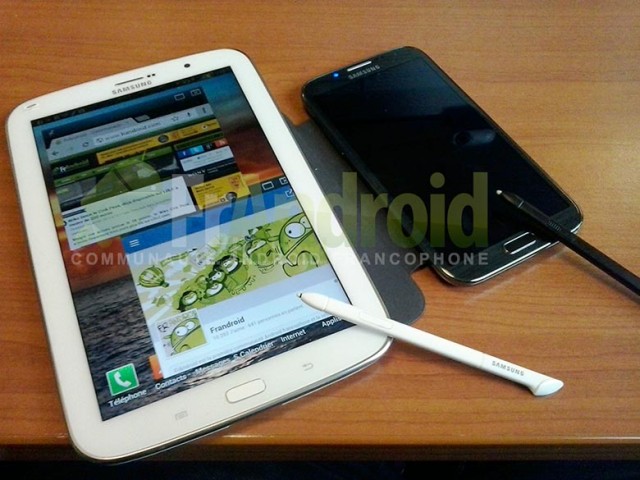 Earlier this week, images that were purportedly of Samsung’s (005930) upcoming Galaxy Note 8.0 tablet leaked onto the Web. The slate looked like an oversized Galaxy S III smartphone and included the company’s physical home button, which had perviously been omitted from earlier Galaxy tablets. French blog Frandroid posted additional images of the tablet on Friday that confirmed it will include an S-Pen stylus, similar to the Galaxy Note II and Galaxy Note 10.1.

The Galaxy Note 8.0 is rumored to be equipped with a 1280 x 800 pixel resolution display, 1.6GHz quad-core processor and a 5-megapixel rear camera. The slate is also believed to include 2GB of RAM, 16GB of internal storage, a microSD slot and Android 4.2.

Samsung is expected to announce the Galaxy Note 8.0 tablet next month at Mobile World Congress in Barcelona.