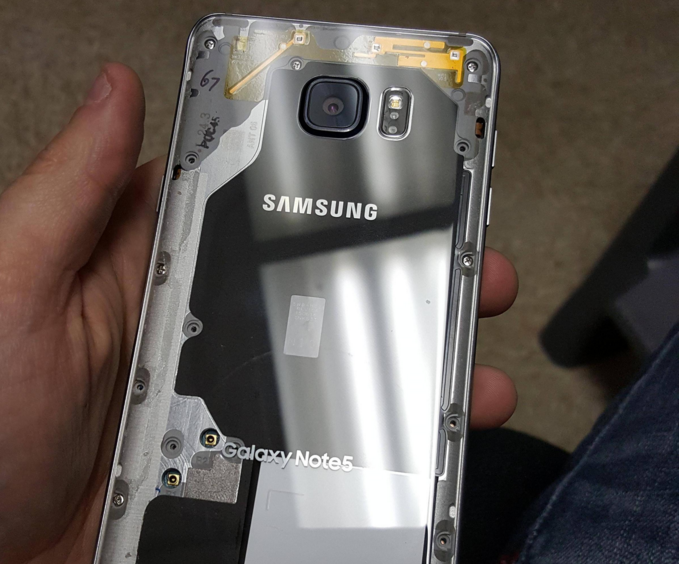 Want to make your Galaxy Note 5 even more eye catching? Then you should the advice of a Redditor who goes by the name of Skarface08 and who earlier this week posted some pictures of his Galaxy Note 5 with a see-through rear cover.

The process for doing this sounds fairly straightforward: Just remove the phone’s glass rear panel and peel off the film that lines it. Of course, it’s not quote that simple — you also have to heat up the device’s rear cover to make it easier to pull off for you can scrape off the film.

“I use a Ecoheat gun that gets it really hot, the use a suction cup to pry the back off,” explains Skarface08. “After that you let it cool off a bit and take off all the film with a razor blade. Then i just stuck it back on the phone because there was already adhesive on the actual device.”

This is an incredibly cool trick, although it’s not risk free. After all, you’re applying significant heat to the back of a very expensive mobile device to pry off its back cover, which is something you probably shouldn’t do if you don’t have experience with this sort of thing.

That said, maybe Samsung will come out with its own iteration of the device next year and call it the Galaxy S7 Clear or something delightfully gimmicky. At the very least, the company could say it’s an industry first.

Check out more pictures showing how he removed the film from the Galaxy Note 5 at this link.