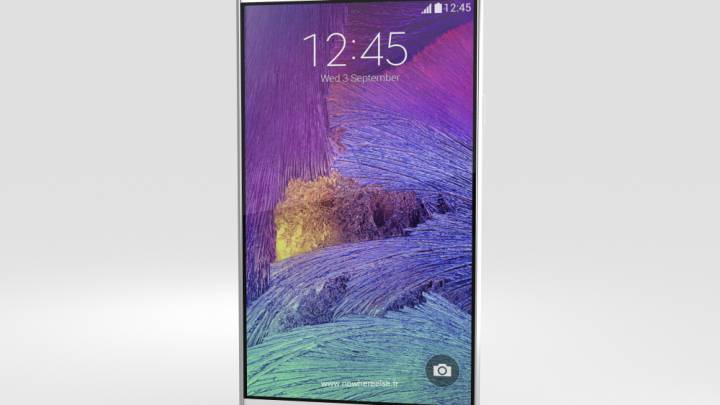 Samsung will reportedly launch the Galaxy Note 5 during a special media event set for mid-August to beat the iPhone 6s Plus to market, as Apple’s phone is expected to launch in mid-September. Rumors from various sources have so far listed some of the high-end specs of the handset, featuring purported renders and sketches of the Galaxy Note 5. However, the following set of 3D pictures might give us our best look at what the new Note phablet will look like, as you can see in the photo at the top of the page.

French tech site NowhereElse posted quite a few images based on Galaxy Note 5 leaks, which seem to suggest that the flagship smartphone will have a similar design to the Galaxy S6 family.

The Galaxy Note 5 should feature a slim profile, a metal frame and front and back glass panels. Rear camera placement, a physical home button, and a wide array of ports are also clearly featured.

In addition to 3D renders, the French site has also published a few schematics that show size differences between the Galaxy S6, Galaxy S6 edge Plus (also rumored to launch in August) and the Galaxy Note 5 – see all the images for yourself by clicking here.