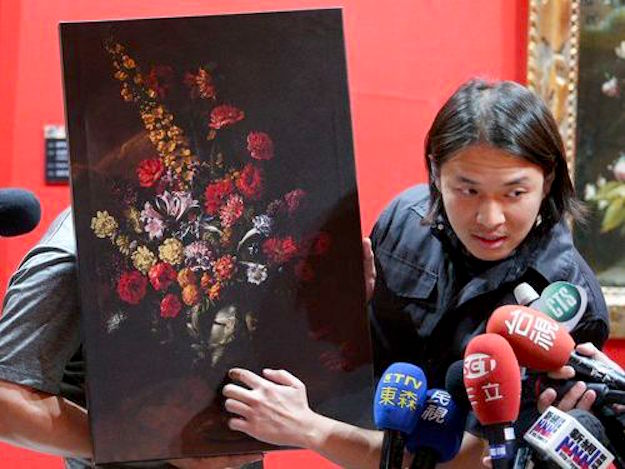 A 12-year old in Taiwan got more than he bargained for while visiting an art show in Tapei over the weekend. While on a semi-leisurely stroll, our hapless protganist lost his balance for a quick second, only to clumsily lean on an exceedingly expensive oil painting from the 17th century to regain his footing.

In doing so, he partially ruined a $1.5 million Paolo Porpora piece called “Flowers.” Not to worry, paintings of this stature are typically insured and “Flowers” most assuredly was. Which is to say, the 12-year old won’t be on the hook for restoring the piece back to its original form.

The Telegraph notes that the piece of art belongs to a private collector and that it “will be shipped back to Italy for further restoration this week.”

Below is a close-up photo of the damage.

And since all’s well that ends well, you don’t have to feel guilty about watching video, captured via CCTV of course, of the accident.