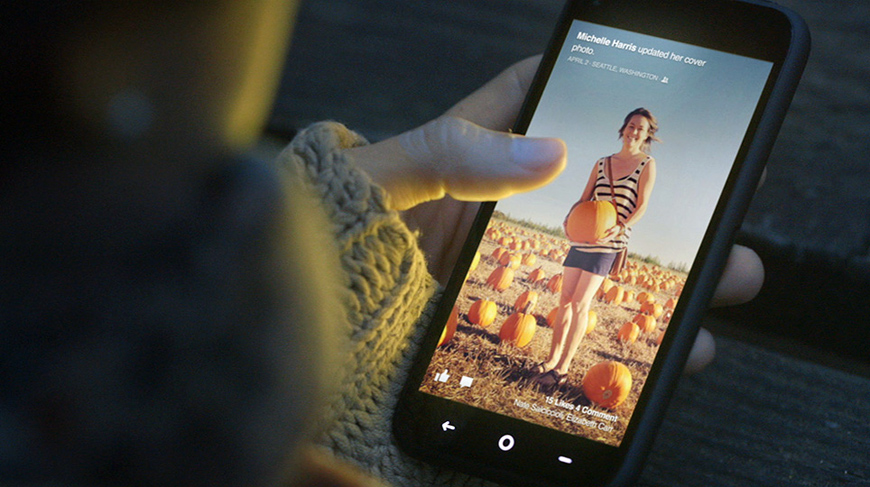 Facebook’s (FB) announcement of Facebook Home, coming soon to Android, was perhaps the most impressive thing Facebook has launched since the “like” button. Available initially on the HTC First on AT&T (T), Facebook is trying to increase engagement, and with this new “version” of Facebook, I can definitely see that happening. CEO Mark Zuckerberg said phones have primarily been built around apps, and with Facebook Home, that’s changing. Smartphones are now built around people, as people want to know what’s going on with those around us.

Facebook Home does just this, in a beautiful redesign of the Facebook experience. No longer do you have to pull up an app or a mobile website, pictures are right there for you on the lock screen. You don’t have to open your phone to see what your friends or loved ones are doing, it’s all right there in front of you. With a simple swipe of a finger, you can breeze past photos, status updates, making the experience even more natural than it was before. Zuckerberg said people look at their phones 100 times a day, so making Facebook an increasingly engaged product is smart.

New features brought to Home are Chat Heads, Notifications, Cover Feeds and App Drawer, all designed to make navigation, engagement and use much easier and friendlier. “We think this is the best version of Facebook there is,” Zuckerberg said during the presentation.

I couldn’t agree more. I was blown away by how engaging and easy it is to use.

The main facet to take away is not only the hundreds of millions of Android devices this will be on eventually (initially it’s launching on smartphones, but I was told a tablet version will come within the next several months), but the increased engagement, which Facebook can eventually monetize. Zuckerberg was asked about this during the Q&A portion of Thursday’s press conference, and though he laughed and claimed to forget what the question was about, monetization of Facebook Home is important.

Eventually there will be advertisements on Facebook Home, but not on the first version. What isn’t clear at this time is how Facebook will integrate ads into the product without ruining the experience, but that question isn’t for today. Wall Street wants to see more engagement, which will ultimately lead to more ads and higher revenue, and the Street got just what it wanted.

Not only does this put Facebook in the forefront of users faces again, it could signify a thawing of the frosty relationship between Google (GOOG) and Facebook. Facebook Home runs on both the Ice Cream Sandwich and Jelly Bean versions of Android, something that makes it available to millions of Android users, and isn’t dependent on Android updates. That’s a smart move by Facebook to not make this a forked version of Android, but something more. Google was aware of what Facebook was building, and though Google shares fell sharply on Thursday, it could be a start to bigger things between the two companies.

Facebook really impressed me with Facebook Home. Now it’s time to see how users feel about it. We’ll all find out soon enough when it launches on April 12th, available on Google Play.