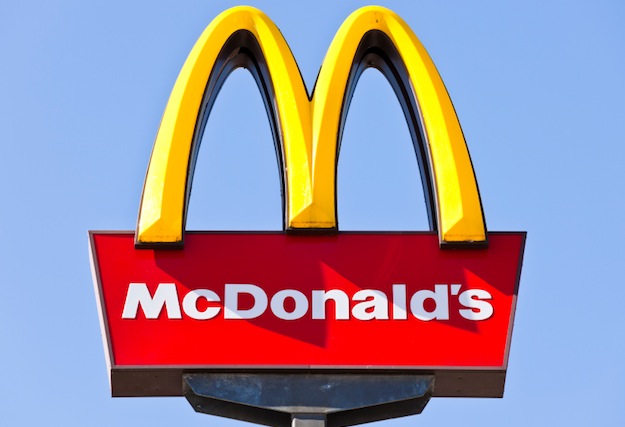 While many corporate logos often fly under the radar, there are a select few which have become recognizable across all corners of the globe. From the swirling script of Coca Cola to the famed golden arches of McDonald’s, a well-designed logo is not only readily identifiable, but can also help establish brand trust and loyalty. In a best-case scenario, a corporate logo can even become synonymous with a high-quality product or service. The impact and importance of a well-designed and carefully constructed logo is not lost on astute CEOs, which is why Steve Jobs didn’t think twice about paying legendary designer Paul Rand $100,000 to design the NeXT logo.

Because a corporate logo can convey important aspects of a company’s brand while also representing the image they’d like to project to consumers, it’s no surprise that companies will, every so often, shake things up and completely replace an old logo with something new and fresh, even if the change is on the subtle side a’la Google’s 2015 logo transformation.

That being the case, if we take a look back in time, it’s interesting to see what the logos of some of today’s more iconic and popular companies looked like when they first got up and running.

Apple’s original logo was designed by oft-forgotten company co-founder Ronald Wayne and features Isaac Newton sitting under a tree, an Apple dangling above his head ever so precariously. The phrase on the border of the logo reads, “Newton… A Mind Forever Voyaging Through Strange Seas of Thought … Alone.”

The yellow arches of McDonald’s may very well represent the most widely known logo in the world. But back in the company’s early days, the McDonald’s logo wasn’t all that unique, memorable, or even all that great.

Originally founded in 1940, when it was called McDonald’s Famous Barbecue, the company’s first logo was nothing more than simple plain text. By the time the company started franchising in 1953, the logo morphed into the photo you see in the middle below. By 1960, we finally saw the golden arches appear, albeit in a slightly bizarre form.

By 1907, the logo was changed ever so slightly to make it a tad less harsh.

Back in 1975, Microsoft’s logo had a decidedly 70s style design.

Google’s first logo from 1997 may look atrocious, but it was sadly par for the course back in the late 90s.

The original Firefox logo consisted of a Phoenix with wings. Why? Because that’s what the browser used to be called. But in 2003, Mozilla was forced to change the name due to a trademark dispute with Phoenix Technologies. Shortly thereafter, Firefox was born, and with it a brand new logo.

Founded in 1953, Playboy’s modern-day logo- a rabbit wearing a tuxedo bowtie – is a bit more elegant than the logo the company used in the 1950s. Still, there’s something classically whimsical about a rabbit in a smoking jacket raising his glass.

The original Federal Express logo was created in 1973, and while it got the job done, the wasn’t particularly special or unique. But in 1994, the company created one of the more iconic and interesting corporate logos in history. Designed by Lindon Leader, you’ll note that there’s an arrow implanted in the white space between the ‘E’ and the ‘X’. The arrow, fittingly, is intended to convey precision, speed and accuracy; three things one would want in a delivery company.

You can read more about the design of the FedEx logo and other logos with hidden meanings over here.

The presence of the bell on this early AT&T logo is because of Alexander Graham Bell.

IBM’s first logo can be traced back to 1888, well before the company became synonymous with the PC revolution. Back then, the company was called The International Time Recording Company, as evidenced by the logo below.

When the company merged with the Copmuting-Tabulating-Recording-Company about two decades later, IBM was born. Below is what IBM’s corporate logo looked like throughout the 1920s.

In 1934, American Airlines held a competition to see who could come up with the best logo for the company. The winner? A young man named Gordon Murphy who reportedly was inspired to use an image of an eagle after flipping through a hotel brochure.

Decades before video games even existed, Nintendo back in the late 1890s existed as a company that made playing cards. Their original logo features the characters Nin, Ten, and Do.

The three-pointed star that is the Mercedes logo is undeniably iconic; but in the company’s early days, the logo was decidedly generic.

Long before Kodak’s logo was known for its iconic red and yellow color scheme, it looked like this.

And last but not least, here’s what Ford’s original logo looked like.