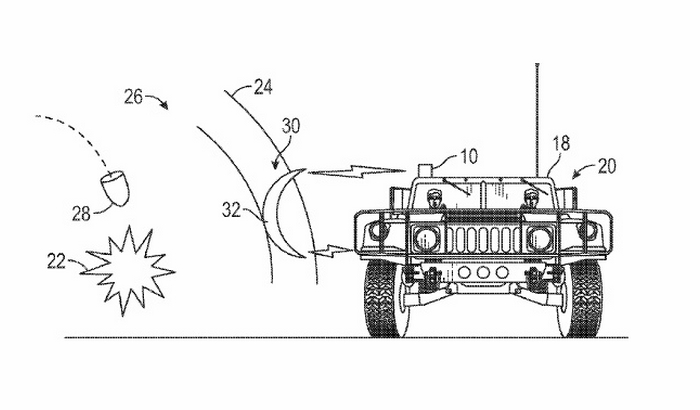 We’re a long way from having to develop technology capable of fending off alien attacks like we see in sci-fi movies. All the same, Boeing has already patented a technology that seems to be inspired by Star Wars-like stories and that could bring actual force fields to current military vehicles in order to protect them from nearby explosions.

The patent, called “Method and system for shockwave attenuation via electromagnetic arc” describes means of protecting a vehicle and its occupants from taking damage after detecting an explosion. The system would heat up the air and/or water between the blast and the vehicle, thus creating a plasma shield that’s denser than air.

Images from the patent show how such a defense system would protect a military vehicle like a Humvee (see image above). Furthermore, the same technology could be used for protecting boats and submarines against explosions.

No matter how interesting this technology might seem – especially for the obvious connection to sci-fi movies such as Star Wars and others – it’s still not clear whether Boeing will actually use it in the near future to offer protection to military vehicles. After all, patents often describe cool concepts that aren’t immediately used in actual products.