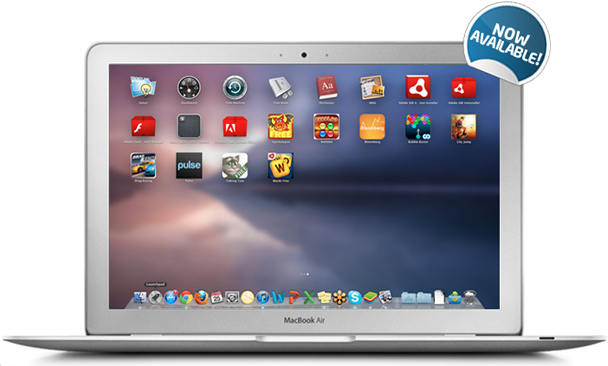 BlueStacks uses patent-pending virtualization software called “Layercake” to allow Android apps to run on other platforms. It works virtually the same as running Windows within OS X using software such as Parallels or VMWare. The Windows 8 version of BlueStacks has been out since March and has been installed on more than 5 million PCs, which is a good sign that people want to run mobile apps on their computers.

BGR tested BlueStacks on a mid-2011 MacBook Air running OS X 10.8 Mountain Lion and found performance to be hit or miss. Android apps can be searched and it will list which app stores to download them from, but sometimes apps won’t install properly because of missing code, especially from the Google Play store. Downloading apps from the Amazon (AMZN) Appstore seems to be a better bet, though. If it’s any consolation, Jetpack Joyride and Fruit Ninja are perfectly playable.

BlueStacks works as mostly advertised, but honestly, why bother running Android apps on your Mac? A mouse or trackpad isn’t a better substitute for a touchscreen. But if you must do so, it’s reassuring to know BlueStacks is available.