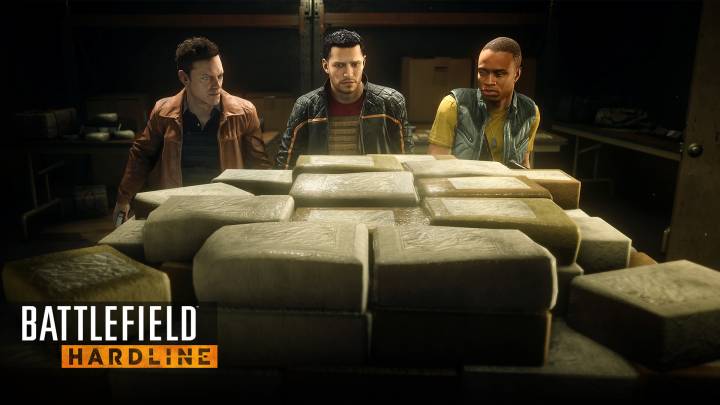 I’m sick of playing the same first-person shooter campaign year after year. No matter how many explosions go off or which celebrity tries to take over the world, I just don’t think I could handle another world war.

That’s why Battlefield Hardline is my favorite console shooter on the market right now — it’s a different beast entirely.

MORE GAMING: Ori and the Blind Forest review: Branching out

Unlike other games of its ilk, the latest Battlefield title from Visceral Games takes a measured approach to storytelling. The stakes aren’t unfathomably high, the characters act like real people and the entire campaign doesn’t revolve around murdering everyone on the screen (although there is some of that too).

Hardline is the story of Nick Mendoza, a Miami cop trying to escape his sordid past by making positive change in the world. It doesn’t sound like anything we haven’t heard before, but it’s all about the presentation — the voice acting, the motion capture and even the AI of Nick and his assorted partners and foes are all believable and well designed.

I wasn’t bowled over by the story itself, but it was well told and well acted, which is more than I can say about a majority of the shooter campaigns I’ve slogged through over the past few years.

Where Hardline truly separates itself from other shooters, including previous entries in the Battlefield series, is the sandbox nature of the single-player missions. As a police officer, and a noble one at that, you have the option to arrest nearly every enemy you come into contact with.

The stealth component is exceptionally well done: after scouting out the area that you need to infiltrate, you have to avoid the vision cones of the criminals and find strategic ways to sneak up behind them and arrest them without anyone else seeing you. You can flash your badge to freeze up to three criminals at once, but while you cuff one, another might start slowly reaching for his sidearm, so you’ll have to be quick on the draw as soon as you stand back up.

No matter how careful you are, a misstep will occasionally lead to a shootout with a huge gang of criminals, and Nick isn’t exactly bulletproof. But accidents lead to improvisation, and that’s what keeps Hardline feeling fresh from start to finish.

Hardline also handles progression within the campaign as well as any FPS campaign in recent memory. Every time you find a case file, tag a criminal, make an arrest or complete an objective, you gain experience. When you reach a new rank, you unlock a new set of weapons and weapon upgrades that will make your life easier.

This was one of the additions to the story mode that Visceral Games added after the game was delayed, and it makes the campaign flow much smoother than it would have otherwise. It’s also one more carrot on a stick to convince players to finish the campaign in order to unlock all of the weapons.

The multiplayer is also an interesting transition for the series. The moment-to-moment action feels about the same as it did in Battlefield 4, but with the focus fully shifted to cops and robbers, the objectives have changed dramatically.

The premiere mode of Hardline’s multiplayer is the Heist mode. Heists are exactly what they sound like: criminals steal money and the police attempt to stop them. I never really found my groove in this mode, but the thrill of delivering a sack of stolen money is one that will likely keep me coming back until I can actually compete.

The modes I found the most enjoyable were Hotwire and Rescue. Hotwire is basically Conquest (which also returns in Hardline), but with vehicles as the capture points. Tripwire mines can be frustrating when you’re barreling down the street at top speed, but no other mode threw me back into the action quite as quickly or as effectively.

Rescue is basically ripped straight out of Counter-Strike — the police need to rescue hostages while the criminals try to stop them. One death and you’re out for the round, so the odds favor the more tactical and communicative team. This was also the case in Crosshair, a mode where the cops escort a VIP from one end of the map to the other while the criminals attempt to kill him.

Visceral Games also intertwined the campaign and the multiplayer modes in one subtle, but effective way. As you complete cases in the campaign by finding clues scattered throughout the levels, you’ll unlock Battlepacks, which contain new patches and boosts for online multiplayer.

Battlefield Hardline isn’t perfect, but it’s better than I could have imagined. The campaign is fast-paced and varied, the multiplayer modes are unique and the server issues appear to have finally been cleared up (although I’ll be checking in to make sure of this in the coming days).

This is the future that the Battlefield series deserves.

EA provided BGR with a copy of Battlefield Hardline on PlayStation 4 for this review.