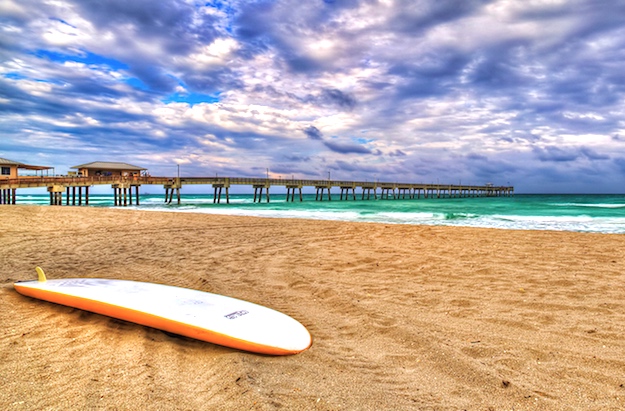 Smugglers have long been notorious for coming up with ingenious ways to conceal drugs and transport them across the globe. From submarines to catapults, drug dealers are never in want of creativity when it comes to fleshing out their global distribution network.

Some plans, however, are better crafted than others. Case in point: a battery-powered and hollowed out surfboard loaded with $100,000 worth of crystal meth recently washed up on shore on a Tijuana beach.

Investigators believe that the surfboard, which was wrapped in tight plastic, was destined for the United States before water seeped into the board, thus causing the batteries to fail and the plan to fall off the rails.

In the wake of the unusual discovery, the Tijuana Ministry of Public Security posted a series of photos of the cleverly orchestrated but ill-performing contraption.

Once investigators got inside, this is what they saw; 20 pounds of crystal meth packed inside.

From this vantage point, we can get a closer look at the surfboard’s electronic components which, as it turns out, consisted of a turbine powered by eight separate batteries.

And lastly, a shot of the seized narcotics.