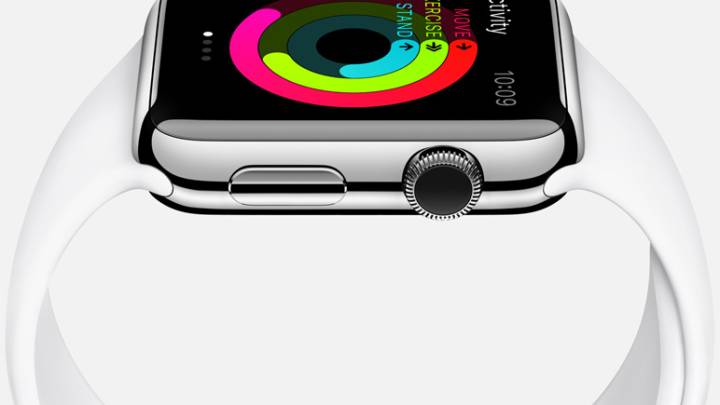 With the highly anticipated Apple Watch slated to launch in April, a number of interesting tidbits regarding the device’s development process are slowly but surely starting to trickle in. Late on Monday, the Wall Street Journal provided a heretofore unpublished account surrounding some of the grand ambitions Apple initially had for the Apple Watch that were eventually scrapped.

Specifically, and in line with some of the earliest Apple Watch rumors, Apple’s original plan for the Apple Watch was to position the device as a health sensing super device capable of measuring a myriad of metrics, from blood pressure to heart rate monitoring. Ultimately, a few of the device’s more complex and challenging health-oriented sensors failed to meet Apple’s high standards during testing.

And so, the Apple Watch feature set began to dwindle down, soon forcing those involved with the project to rethink the very appeal of the device.

Development languished because much of the health-sensor technology failed to meet Apple’s standards, these people said. Apple tinkered with sensors that measured the conductivity of skin, a concept used in polygraphs to gauge stress. The technology also showed promise for heart-rate monitoring such as an electrocardiogram, or EKG, these people said.

But these features didn’t perform consistently on some people, including those with hairy arms or dry skin. Results also varied depending on how tightly the person wore the Watch, they said. Instead, Apple opted for more pedestrian pulse-rate monitoring, these people said.

Incidentally, I’ve similarly heard from my own sources that Apple at one point even explored the idea of having the Apple Watch measure user glucose levels, a feature which would have been a godsend for diabetics, not to mention a grand medical breakthrough. In the end, though, the task proved to be much more challenging than Apple initially appreciated.

All that said, the first iteration of the Apple Watch may somewhat mirror the rollout of the original iPhone, which, if you remember, originally shipped without 3G or even cut-and-paste functionality. So while the first-generation Apple Watch may not come equipped with a wide array of health sensors, the Journal relays that such functionality may soon be added in future releases.

On a related note, Apple CEO Tim Cook recently spoke at length about the Apple Watch during a Goldman Sachs conference held last week. There, Cook explained that he hopes the Apple Watch will help change the way people lead their lives, both health-wise and in other ways as well.

You’ll also find that there are some new, innovative ways to communicate that you didn’t have before. And so I constantly use Siri with my watch, and ask different things, and all of a sudden, y’know, it’s just there. You can do things like get notifications across your watch.

And so there’s so many things like that, and the third-party apps — the things third parties are working on? — I’m super excited about. And so I think it’s going to be, everybody’s going to have their favorite thing. Just like when the App Store came out, and you remember the tagline, “There’s an app for that?” And the way you felt with your favorite apps, and so you’re going to have a feeling like that.

Without question, the Apple Watch represents the most exciting new product Apple has released in quite some time. Not only does it represent the first product fully conceived during the Tim Cook era, it also marks the first time Apple has entered a new product category since releasing the iPad all the way back in 2010. What’s more, the Apple Watch is a product heavily intertwined with the world of fashion, an area where Apple has little to no previous experience.  It’s fair to assume that the Apple Watch release may very well be a fascinating spectacle worth keeping a close eye on.