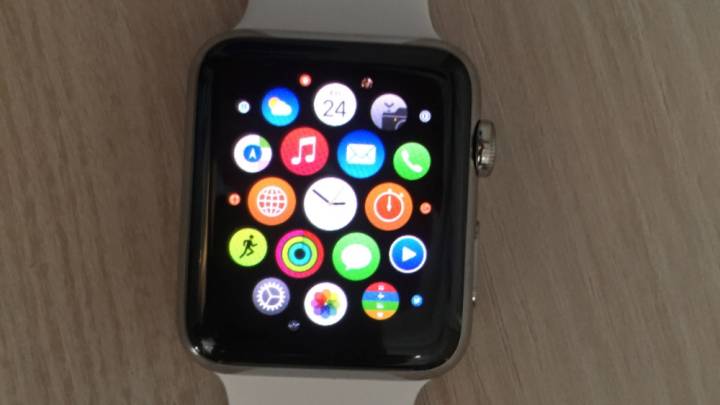 A common refrain about the Apple Watch is that it won’t ever be a game-changing and popular product until developers come out with a killer app for the device.

For whatever reason, the importance of having a killer app is blindly accepted as fact by many. But if we take a step back, is a killer app really a necessity these days? In other words, does the Apple Watch really need a killer app in order to succeed?

DON’T MISS: Look at how shockingly easy it is to steal an Apple Watch

I don’t think the answer to that question is necessarily a resounding “yes.” After all, having a “killer app” in and of itself doesn’t immediately or always lead to blockbuster sales right out the gate.

Take the iPod, for example. Originally released back in October of 2001, Apple’s iconic music player didn’t move more than 8 million units in a quarter until the December quarter of 2005. In fact, if you back and look at Apple’s annual iPod sales figures, 2002-2004 weren’t all that impressive.

That being the case, the iPod had a killer app right from the start — 1,000 songs in your pocket — and yet, that wasn’t sufficient to launch device sales into the stratosphere right away.

Which is to say, perhaps a ‘killer app’ for the Apple Watch isn’t necessary. Perhaps the phrase is nothing more than overused and hollow buzzword the tech press likes to trot out with no true underlying significance.

Does anyone really walk into an Apple Store and ask, “What’s the killer app?”

And for that matter, did a killer app for the iPad ever emerge? Not really.

A more reasoned explanation for why products like the iPhone succeed is that they present a wide range of use scenarios that appeal to a broad cross-section of people. Even with the iPod, by the time sales truly began to skyrocket, the iPod came in a variety of different form factors and was something of a jack of all trades as it was able to play video, casual games, display photos, and of course, play music.

Similarly, it stands to reason that the Apple Watch will succeed not because of some wild new futuristic third-party app, but rather because it’s a sleek-looking device that can do a number of varying functions pretty well. Perhaps the fact that the Apple Watch fits seamlessly within the broader iOS ecosystem is all that’s truly needed.

A good number of Apple Watch reviews were critical of the device because “it can do tiny bits of everything, instead of a few things extraordinarily well.”

That’s a fair assessment, but if you ask 5 people what their favorite part of the Apple Watch, you’re liable to get 5 different answers. But isn’t that a point in the Apple Watch’s favor as opposed to a mark against it?

There is no overwhelming killer app for the Apple Watch, and perhaps there many never be one. But that won’t necessarily stop the device from becoming an immensely successful and profitable product down the line.

If history is any indication, here’s how things may play out: Critics will continue to bemoan the fact that the Apple Watch has no killer app. Meanwhile, Apple will continue enhancing the product through both software updates and hardware upgrades. And before you know it, the Apple Watch sales trajectory may soon start to mirror what we saw with the iPod.