Apple has the size, Google has the momentum, but the smart money has been on BlackBerry in 2014 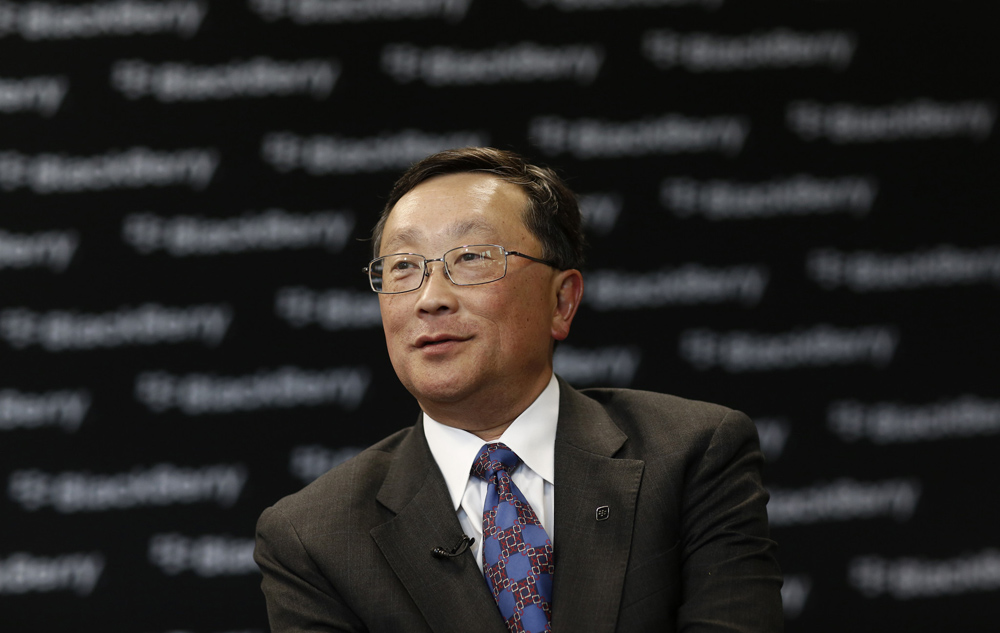 It’s been an interesting start to 2014 for the mobile platform makers Apple, Google, BlackBerry and Microsoft, with BlackBerry leading the way, leaving the others in the dust. However, as the year goes on, that may not last, depending on Apple’s big plans.

Prompted by a tweet from Zach Epstein earlier this week, I decided to take a look at the year-to-date performance of each major mobile platform maker through the first two months of 2014.

Despite a sharp downward turn on Friday, BlackBerry shares were still up more than 36% year-to-date at the time of this writing, while Google shares have gained nearly 9% year-to-date. Microsoft is up about 2% after Friday’s gains and Apple shares have fallen about 6% since the start of the year.

Much of BlackBerry’s outperformance can be traced to optimism surrounding new CEO John Chen, who took over for Thorsten Heins late in 2013. Chen, who helped turn around Sybase before selling it to SAP in 2010, has said that no stone will be left unturned in the company’s return to dominance.

That includes a sale, which the company already failed at once. It previously entered into an agreement with Fairfax Financial Holdings Limited, BlackBerry‘s largest shareholder, to sell itself. Ultimately the deal fell through, but Fairfax has provided BlackBerry with some additional funds, and recently announced that it’s upped its stake in the company, and now owns 96,783,700 shares, or 16.8% of shares outstanding.

n the statement, Chen said, “Partnering with Foxconn allows BlackBerry to focus on what we do best – iconic design, world-class security, software development and enterprise mobility management – while simultaneously addressing fast-growing markets leveraging Foxconn’s scale and efficiency that will allow us to compete more effectively.”

Aside from Chen and the recent fourth-quarter earnings report that wasn’t nearly as bad as expected, is the talk surrounding one of BlackBerry’s most valuable properties, BBM.

BBM, a mutli operating system messaging platform, has grown to over 85 million users. Given the enormous price Facebook paid for WhatsApp ($19 billion), the market is placing more credence on BBM as a separate business, though Chen recently told Bloomberg that until BBM reaches its potential, “it is a bit too early to think about getting our $19 billion.”

Compare that with Apple, which has been the worst performer amongst the four companies. There’s one very good reason why: institutional investors simply don’t believe in Apple’s future.

In a research note earlier this week, Morgan Stanley analyst Katy Huberty noted that of Apple’s top 30 shareholders, they allocate just 2.2% of their portfolios to Apple, as opposed to a high of 4.1% in the past five years.

“We view low institutional ownership relative to other large cap mobile technology stocks as underestimating Apple’s ability to participate in new categories like wearables and services,” Huberty said in the note.

She continued, “In wearables, we see iWatch contributing 32 to 58 million units in the first 12 months post launch based on the historical installed base penetration ramp experienced by iPhone and iPad. In services, the combination of fingerprint sensor, security features in the A7 64-bit processor, recent sensor and mapping-based acquisitions, with nearly 600M App Store accounts and 380M Bluetooth low energy devices in the wild present opportunities in mobile payments and advertising services.”

While Apple may have more in its pipeline from a product standpoint (iWatch, Apple television set, mobile payments, iBeacon) than BlackBerry does, investors just don’t seem to value it as much at this point. Perhaps that’s why we’ve seen activist investors like Carl Icahn go after Apple in an effort to get the company to boost its stock.

Icahn may see the fact that other institutional investors are underweight Apple compared to other large cap mobile tech stocks, and think that there will be a reversion to the mean once Apple finally announces a new product category, be it a watch, payments or something else.

It’s up to Apple CEO Tim Cook and the rest of his team to introduce new products and services in new markets that Apple has not historically been in to get investors excited again. Otherwise, it’s just going to be more of the same with Apple, lagging most other tech stocks.

Though Google has had a solid start to the year, much of the share price outperformance is likely due to Google’s other initiatives outside of mobile and Android.

Google is moving into other areas, including robotics, autonomous cars, high-speed Internet, the Internet of Things and a wide array of other initiatives.

Mountain View, Calif.-based Google is being rewarded for using its cash in an offensive manner, buying companies like Boston Dynamics, Nest and others to help fulfill these ambitious dreams. Shares even went up on the day it announced it was selling Motorola Mobility to Lenovo and taking a loss on the deal, because the deal was seen as Google admitting defeat in the smartphone hardware game, yet it still managed to hold onto the valuable patents it gained when it bought Motorola Mobility in August 2012.

That said, the company’s core business, search and advertising, is still performing exceedingly well, allowing Google to fund these other ventures.

For the fourth-quarter, Google earned $12.01 per share, generating $13.55 billion in revenue, excluding traffic acquisition costs (TAC). Though cost-per-click, which is a key advertising metric, continues to fall, paid clicks continue to soar. As long as that continues to happen, Google’s shareholders will continue to be happy, and largely stay hands off, no matter what CEO Larry Page and co-founder Sergey Brin think of next.

Android plays a large role in that. It’s the world’s leading operating system on both smartphones and tablets, and allows users to use Google search to search for queries, products or anything else they might like to search for, continuing to bolster Google’s lead in the search market. Most everything Google does is somehow related to acquiring more data, and it’s clear that right now, Wall Street can’t get enough of Google’s data hogging.

Microsoft is another case.

For so long, more than a decade, Microsoft has been seen as a stodgy old tech company that spits out cash via Windows and Office, but does little in the way of finding new growth. Its newer ventures (“new” used loosely), such as Bing, Xbox and Windows Phone are slightly more exciting than enterprise-centric software, but it’s unclear how profitable they are, or whether they are worth Microsoft’s time.

With new CEO Satya Nadella taking over for Steve Ballmer, it’s clear that Microsoft needs change. Whether that change comes from shedding business units, or making Android-based phones or continuing to invest in Windows Phone to make it a viable competitor to iOS and Android, something needs to happen and fast.

For now, Wall Street is essentially in “wait-and-see” mode with Nadella, with investors including ValueAct Capital, one of Microsoft’s largest, hoping the company focuses on its growing cloud-computing business, and potentially scrapping other initiatives, perhaps even Windows Phone.