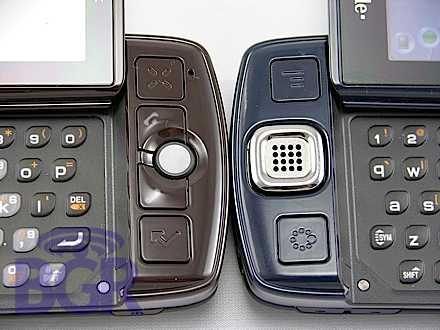 Can’t decide if you’re going to get a Sidekick LX or Sidekick Slide? But if you get a Sidekick LX, what color are you getting? Ah ha, my friends, we’re here to help with that. First off, we have to say that the press photos of the Sidekick LX really don’t show the color accurately, and they’ll look a whole lot difference in person. For instance, a lot of us thought the leaked Sidekick LX pictures were of a black device, and that’s precisely it — the Blue is a very dark blue and will look black in a couple conditions. Unless you’re in direct sunlight, you can pretty much say you’ve got a black device. On to the brown…we actually dig it! It’s very classy and sophisticated-looking, and with the textured back, it almost could pass as brown leather — almost. The choice is up to you, but we thought this might make it a little easier on ya’! Check out our gallery below! If got anymore questions about the Brown LX, you’re best off checking out Just Blaze’s own blog, and bothering him. Maybe he’ll give it away!

UPDATE: It was incorrectly posted on a couple sites that the Brown Sidekick LX’s “fun lights” would be red instead of blue, but they are in fact blue, the same as the Blue LX…

Click on over to our Sidekick LX: Blue vs. Brown gallery!