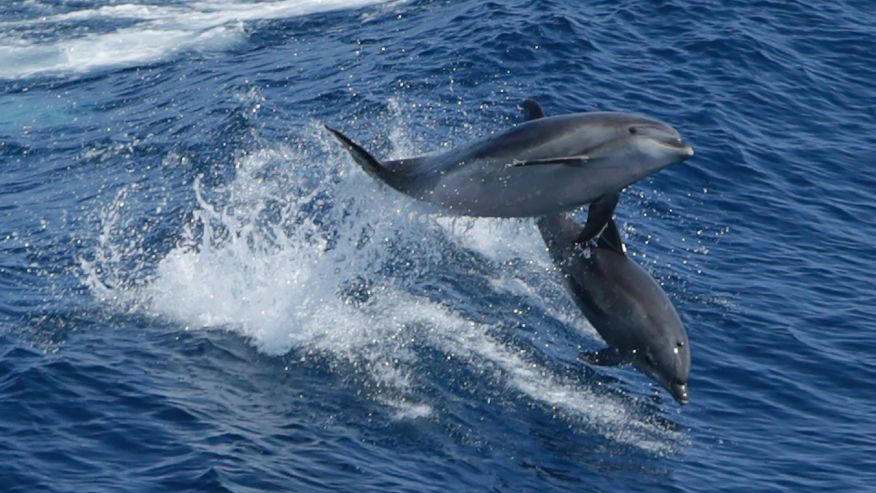 U.S. Navy-trained dolphins are being tapped to save the world’s smallest porpoise, an extremely elusive creature that is in the verge of extinction in the Gulf of California.

Experts are hoping dolphins’ natural sonar will be able to do what technology has not: locate them, so they can be captured and put in a protective area.

“Their specific task is to locate [vaquitas],” said Jim Fallin of the U.S. Navy Space and Naval Warfare Systems Center Pacific. “They would signal that by surfacing and returning to the boat from which they were launched.”

ANXIETY MAY GIVE DOGS GRAY HAIR

Fallin said the dolphins were trained by the Navy Marine Mammal Program for tasks like locating sea mines. The program is expected to start sometime this spring, he said.

Experts believe fewer than 60 vaquitas are left in the Gulf waters – they have been decimated by illegal fishing for the swim bladder of a fish, the totoaba, which is a prized delicacy in China.

Although the vaquita has never been held successfully in captivity, experts hope to put the remaining porpoises in floating pens in a safe bay in the Gulf of California, also known as the Sea of Cortez, where they can be protected and hopefully breed.

PHILADELPHIA ZOO EUTHANIZES 25-YEAR-OLD LION, BELIEVED TO BE OLDEST HELD IN US

Mexico has banned gill nets that often trap vaquitas in the area, but has had trouble enforcing it because the totoaba draws very high prices on the illegal market.

“At the current rate of loss, the vaquita will likely decline to extinction by 2022 unless the current gillnet ban is maintained and effectively enforced,” said Lorenzo Rojas-Bracho, chairman of the International Committee for the Recovery of the Vaquita

Some experts, like Omar Vidal, Mexico director of the World Wildlife Fund, oppose the capture plan, which could risk killing the few remaining vaquitas and open up a free-for-all of illegal fishing once they are removed from their natural habitat.

“We must strive to save this porpoise where it belongs: in a healthy Upper Gulf of California,” he said.

Catch-and-enclose is risky. The few remaining females could die during capture, dooming the species. Breeding in captivity has successfully saved species such as the red wolf and California condor, but the vaquita has only been scientifically described since the 1950s and has never been bred or even held in captivity.

Experts in the program said veterinarians will evaluate vaquitas’ reactions and release stressed individuals. Should a death occur, the team will re-evaluate the sanctuary strategy.

“It is important to stress that the recovery team goal is to return vaquita from the temporary sanctuary into a gillnet-free environment.”

Based on reporting by the Associated Press.