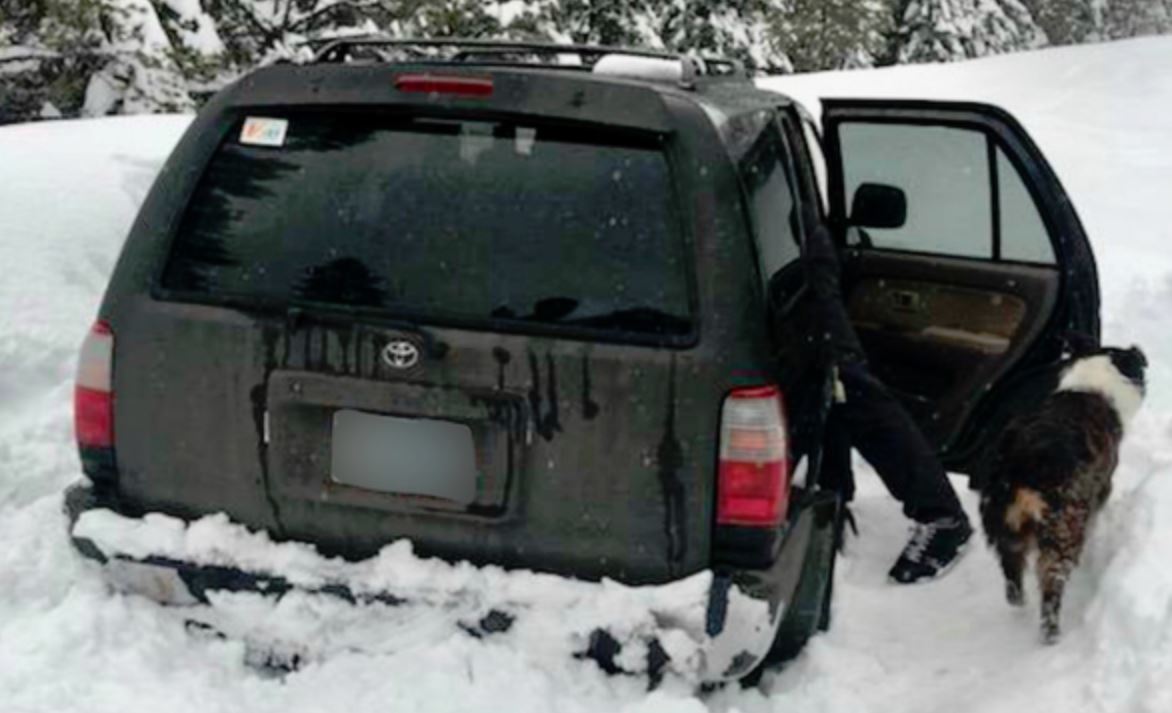 Anyone who has spent time in an area that gets lots of snow knows how big of a pain it can be. A few inches isn’t a big deal, but once you get into a foot or more of the white stuff it can seriously hamper your ability to travel.

An Oregon man named Jeremy Taylor recently discovered just how big of an inconvenience an unexpected snowfall can be after spending five days stuck in his SUV. But Taylor had a secret weapon to combat the extended downtime, and he got it from Taco Bell.

As FOX29 reports, Taylor was on an adventure in the woods, driving on a U.S. Forest Service road when he decided to shut things down for the evening and catch some shuteye with his dog, Ally. When he woke up he found his vehicle was completely immobilized by a heap of fresh snow.

He attempted to hike back to civilization but ultimately thought better of it, retreating to his vehicle and occasionally running the engine to keep himself and his pup warm. He spent five days waiting for someone to find him.

Warmth is one thing, but food is another story, and Taylor had no way of getting food in his stranded vehicle. Like any self-respecting American, he had some Taco Bell condiment packets in his vehicle and reportedly ate several of them over the course of his stay in the woods.

“Thank you everyone, I’m safe my Ally dog is safe. I really appreciate all the help. Got lucky, lets [sic] never do that again. I’ll be in touch with everyone soon,” Taylor said in a Facebook post, adding “Taco Bell fire sauce saves lives!”

Both Taylor and his pooch were unharmed when rescuers found them days later, but obviously quite hungry. Perhaps another trip to Taco Bell is in order?