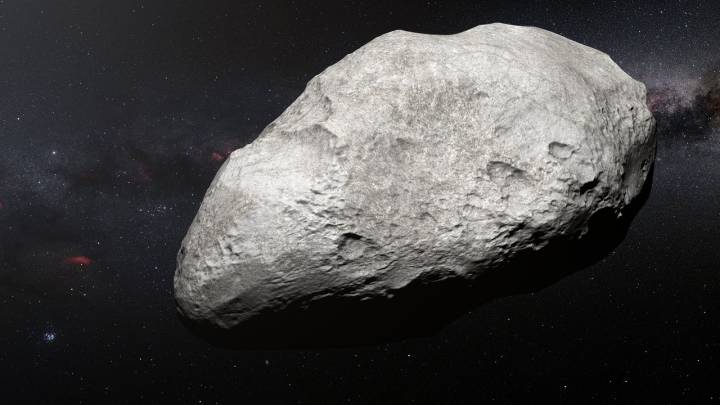 Scientists believe that the Earth has been around in some form for roughly four and a half billion years, and the Solar System is only slightly older than that. But planet-forming takes time, and the massive gas giants that dominate our little neighborhood are thought to have really torn things up when they formed. As the European Southern Observatory notes, most models of the early Solar System suggest that Jupiter and its gas giant brethren had a habit of flinging smaller bodies out into space to the far reaches of the Sun’s pull, where they have remained in distant orbit.

Computer simulations are great, but they don’t really prove anything. For that, the scientists needed to find some proof that the edges of our system actually contain leftovers from its earliest days. Now, an international team of astronomers believe they’ve found just that.

Far out in the distant reaches of our system is the Kuiper Belt, a collection of dust and debris that lies past Neptune. Researchers have identified many larger objects that reside there, some of which are large enough to be classified as dwarf planets. The asteroid known as 2004 EW95 isn’t quite that large, but at roughly 300 kilometers wide, it’s a not exactly small.

The researchers, who published their work in Astrophysical Journal Letters, were able to determine the composition of the large asteroid thanks to observations made by the ESO’s Very Large Telescope (VLT). The team, which was led by Tom Seccull of Queen’s University Belfast, measured the amount and wavelengths of the light reflected off of the asteroid’s surface and found it to be quite unusual.

“The reflectance spectrum of 2004 EW95 was clearly distinct from the other observed outer Solar System objects,” Seccull explains. “It looked enough of a weirdo for us to take a closer look.”

Further readings were enough for the team to determine that the asteroid is carbon-rich, which also happens to be what scientists would expect from a remnant of the early Solar System. It’s a huge win for astronomers who believe that the gas giant planets regularly flung huge objects away from the Sun, and if that’s indeed the origin story of this particular rock, it’s a true relic.