Before the invention of the internets, information was a hot commodity. If you needed to acquire information on an unknown or obscure topic there were several options at your disposal: the public library, that eccentric uncle who always knew the strangest things, and… encyclopedias. Hell, if you’re old enough you might even remember encyclopedia salesman going door-to-door hawking the novels of knowledge to you or your parents. Well, if you’re a shade too old for the days of the encyclopedia salesman, and Wikipedia wasn’t around when you were an undergrad, you’re definitely a going to remember Microsoft Encarta...

Microsoft Encarta was first launched in 1993 by the Redmond software giant after purchasing the rights to the Funk & Wagnalls Encyclopedia. The digital reference set — which was bundled on CDs and later DVDs — contained tens of thousands of articles, was easy to search, and required zero shelf-space in one’s abode. Encarta gained tremendous popularity throughout the 90’s as it was frequently bundled with new computer systems free of charge. In 1998, Microsoft bought Collier’s Encyclopedia along with New Merit Scholar’s Encyclopedia to further supplement their digital reference set, and, at its peak, Encarta had over 62,000 articles. Microsoft’s Encarta software is often credited as the force behind the destruction of companies such as World Book, who had previously dominated the encyclopedia market for nearly 100 years.

However, just as the dominance of print encyclopedias was brought to an end by the personal-computer revolution, so to was the age of Encarta by the internet revolution. As the 21st-century moved forward, more and more knowledge-seekers made “online” their go-to reference source. Search engines such as Google and free, collaborative encyclopedia sites such as Wikipedia led to the software’s dethroning. Eventually, after a sixteen year existence, Microsoft shutdown Encarta in 2009.

There you have it, this week’s stroll down memory lane. We’re interested to hear about your Encarta memories… and curious to know if anyone has a complete, print, encyclopedia-set older than Andrew.

Thanks to Zara for this week’s Throwback Thursday suggestion!

BGR’s Throwback Thursday is a weekly series covering our (and your) favorite gadgets, games, and software of yesterday and yesteryear. 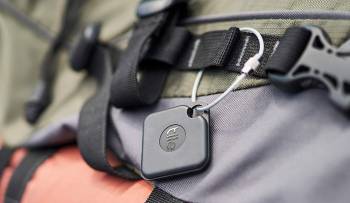