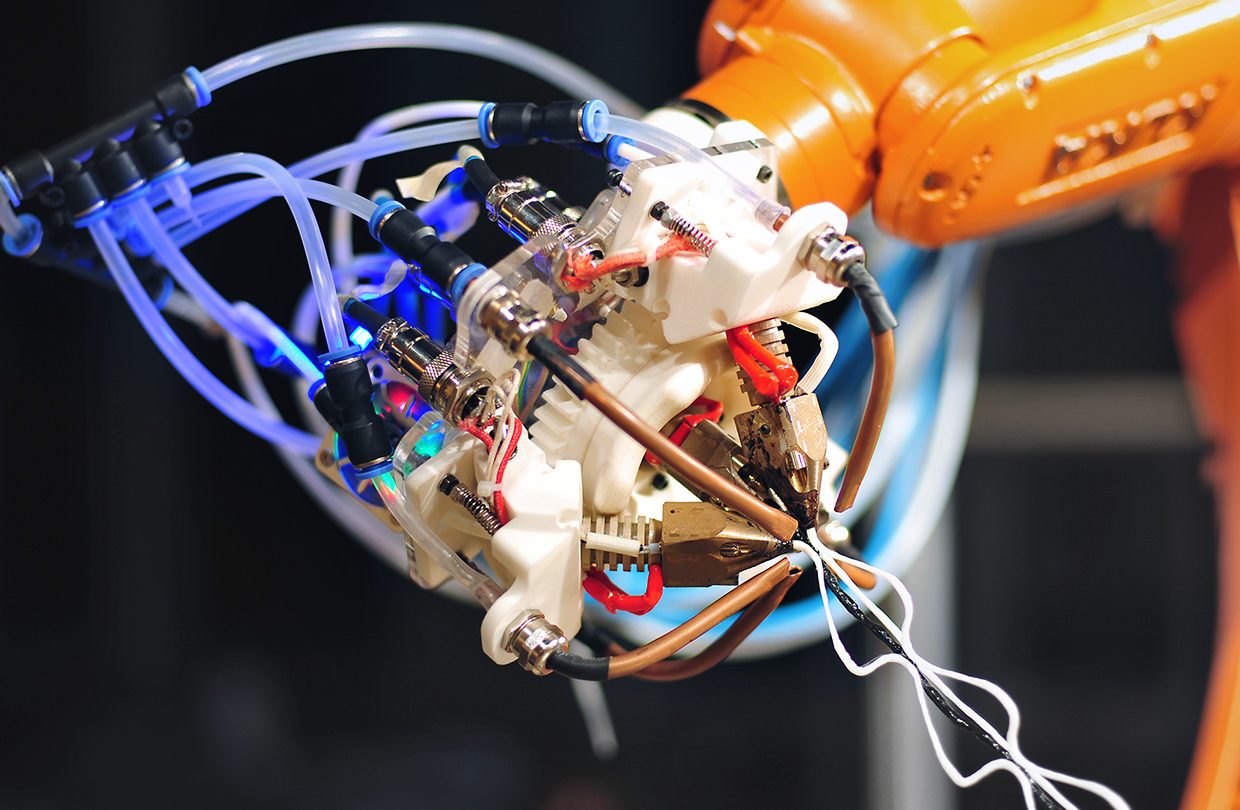 There have been 3D-printed apartment complexes and cremation urns, and now one company out of The Netherlands is planning to “print” a bridge. MX3D, a 3D printing company, developed a robotic 3D printer to construct a steel bridge over a canal in Amsterdam, reports CNET.

“With our robots that can ‘draw’ steel structures in 3D, we will print a bridge … We research and develop groundbreaking, cost-effective robotic technology with which we can 3D print, beautiful, functional objects in almost any form,” the company wrote on its website.

The company wrote that it wants to show off what its “robots and software, engineers, craftsmen and designers can do.”

Joris Laarman, who helped develop the MX3D-Resin printer as well as the MXD3-Metal — a combination of the printer and a welder to “draw” fast-setting metal objects – being used for this project, will design the bridge, reports CNET.

“I strongly believe in the future of digital production,” Laarman wrote on the project’s web page. “This bridge will show how 3D printing finally enters the world of large-scale, functional objects and sustainable materials while allowing unprecedented freedom of form. The symbolism of the bridge is a beautiful metaphor to connect the technology of the future with the old city.”

How will the bridge be produced? Two robots will work simultaneously. Small segments of molten metal will be welded together, forming long steel lines. Multiple lines will interweave as the robots build supports, giving the bridge stability as it crosses the canal, according to CNET.

Construction will start in September 2015.