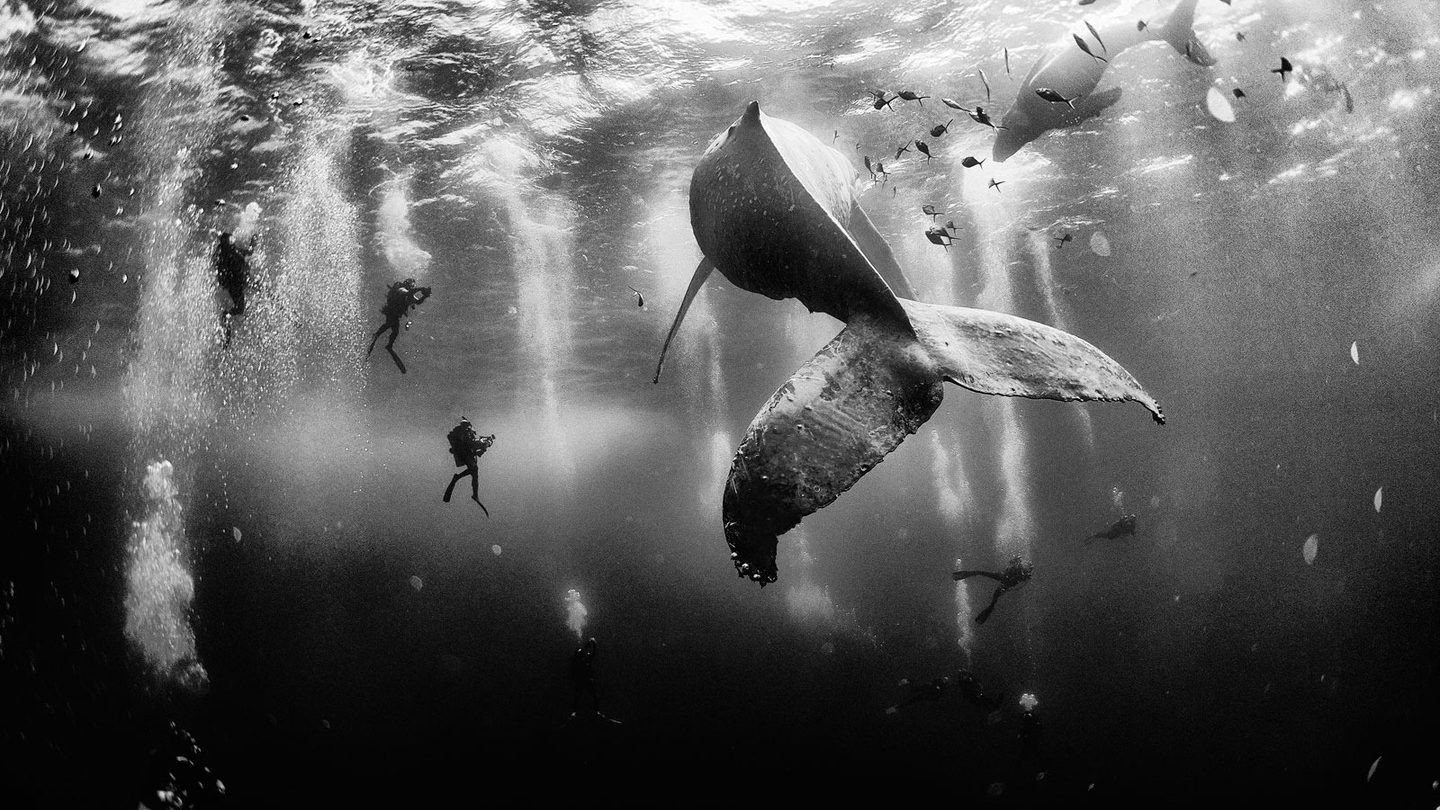 The images you’re about to see weren’t created artificially by Photoshop masters. They’re actual pictures taken by the winners of the National Geographic Traveler Photo Contest. The whale picture you see at the top of the page took home the grand prize. Taken near Roca Partida off the Mexican coast, the picture shows a mesmerizing landscape dominated by a large whale.

“The photo wasn’t planned,” photographer Anuar Patjane Floriuk told National Geographic. “I was taking photos near the head of the whale, and all of a sudden she began to swim toward the rest of the diving team. The divers gave the whale and her calf space, and I just clicked at the moment when the flow and composition seemed right.”

In what follows you’ll see the contest’s winners, including Merit selections, as listed by Mashable.

Merit: A Night at Deadvlei

Merit: Sauna in the Sky

More details about each picture are available at the source links.