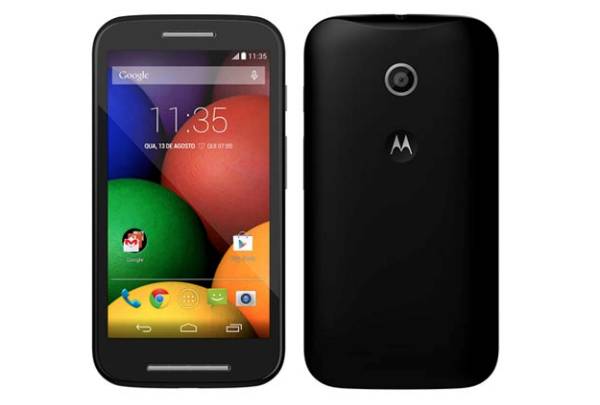 Motorola’s most affordable smartphone yet is about to be unveiled, many reports suggest, with Brazilian retailer Fast Shop already listing the specs of the device – which were mentioned in previous reports – alongside images showing the device. Moreover, well-known leaker @evleaks has also posted press renders of the handset, revealing two color options of the Moto E, including lemon and turquoise, and Android Police found a Moto E vs Moto G picture on Motorola Mexico’s Facebook page.

While Fast Shop has removed the contents of the Moto E page on its website, it hasn’t actually removed the page, which clearly lists the Moto E XT1025 handset version in the URL. Before deleting the information about it, Fast Shop revealed the phone will feature a 4.3-inch display (likely with HD resolution) with Gorilla Glass, 1.2GHz dual-core Qualcomm Snapdragon processor, 1GB of RAM, 4GB of storage, microSD support, 5-megapixel camera, 1980mAh battery and Android 4.4 KitKat. The phone will also come in a dual SIM version, and will initially be available in three colors, including black turquoise and lemon. It’s not clear whether the phone will come in other colors thereafter.

Pricing details and release dates for the Moto E aren’t available at this time, but it’s likely Motorola will announce the handset later this week, possibly alongside the new Moto X+1 flagship and other new Moto G versions.

Moto E images from @evleaks and Android Police follow below.