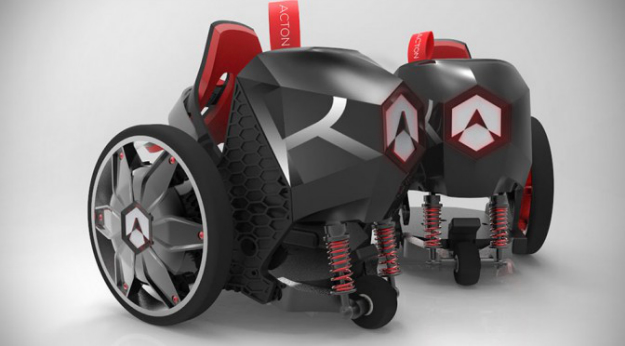 Remember that good-looking, electric Marbel skateboard, that managed to raise over $365,000 on Kickstarter, or more than four times its goal? In case you wished someone would come up with a similar project for roller skates, you should check out the Acton R “Rocketskates,” which have already raised more than $230,000 on the same crowd-funding site, well over the $50,000 goal, with 35 days to go until the campaign is finished.

The Acton R Rocketskates are “remote-free, strap-in, smart electric skates,” that are supposed to offer a completely new roller-skating experience to skaters.

“Each skate has two hub motors controlled by an on-board microprocessor, and are powered by a lithium-ion battery pack,” the company says. “The skates communicate with each other so they maintain the same speed and behavior.”

Furthermore, the skates connect to smartphones, allowing users to monitor several statistics, including routes, skate diagnosis, battery status, games and social interactivity, while an SDK will let developers create game for the RocketSkates.

The skates come in three versions, including the R6, R8 and R10 – with the number symbolizing the range in miles of the RocketSkates on a single battery charge – and all of them are ready to offer cruising speeds of up to 12mph.

The cheapest model costs $399 on Kickstarter (an R6 model), or $100 less than its future retail price. Once the funding period is completed, the skates are supposed to ship in October 2014 to backers. Because the project already passed the $200,000 stretch goal, all backers will also receive free backpacks and helmets with their Rocketskates.

A video showing the Acton R Rocketskates in action follows below.