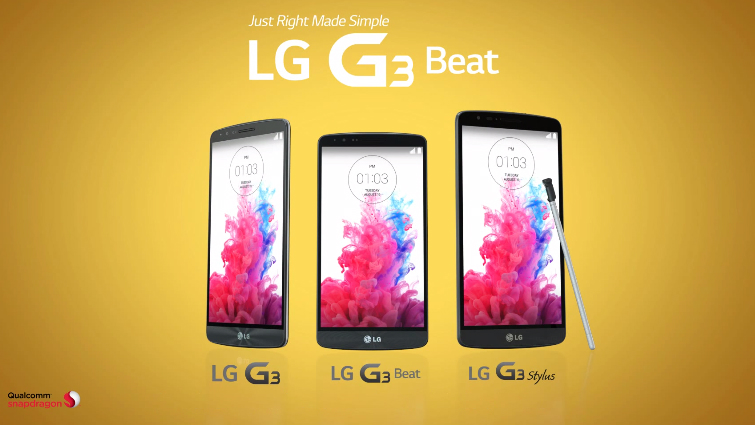 Samsung will unveil the Galaxy Note 4 on September 3rd at IFA 2014, and will likely release the handset in the following weeks in an attempt to beat the 5.5-inch iPhone 6 to market. LG is more than aware that the Galaxy Note 4’s arrival may threaten its G3 flagship handset, and the company is apparently already working on a device that’s supposed to neutralize the threat. No, the company will not launch a next-gen G Pro model already. All it needs to compete against the Galaxy Note 4 is a stylus and a slightly bigger display – after all, the G3’s gorgeous screen is almost as big as most phablets.

While LG has yet to announce it, the G3 Stylus has already been spotted in G3 Beat (G3 S) promotional video. The device has a bigger display than the G3 and sports a stylus. The message doesn’t get any clearer than that, LG is ready to fight Samsung with a variation of its new flagship handset.

Other details about the G3 Stylus aren’t available at this time, although it’s likely LG will unveil the device in the very near future.

The rather silly G3 Beat product movie that was posted on Monday on one of LG’s YouTube videos follows bellow – at the end of it, the G3 Stylus can easily be spotted alongside the other two G3 models in the family.