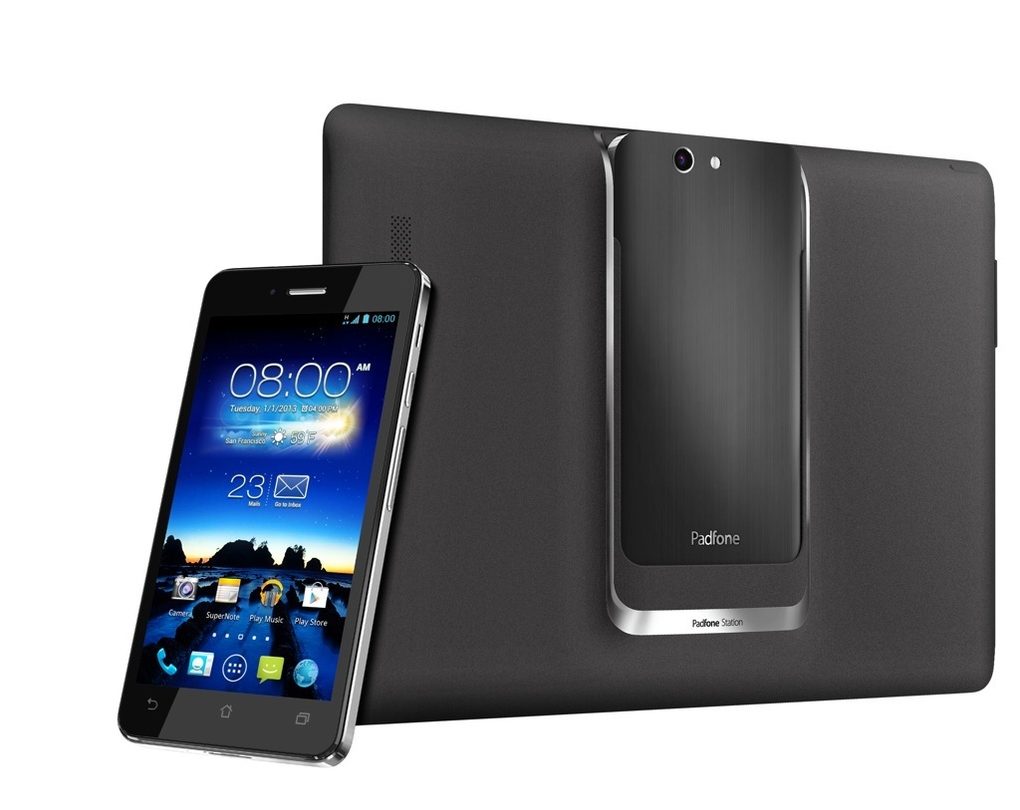 ASUS (2357) on Monday announced its next-generation PadFone during a press event at Mobile World Congress in Barcelona. The PadFone Infinity, which is a smartphone that can dock into a tablet, is equipped with a 5-inch 1080p display, a 1.7GHz quad-core Snapdragon 600 processor and a 13-megapixel rear camera. The device also includes 2GB of RAM, NFC, LTE, up to 64GB of internal storage, a 2,400 mAh battery and Android 4.2.

The Pad portion of the phone, which ASUS calls the Infinity Station, features a 10.1-inch full HD 1,920 x 1,200-pixel display and is capable of increasing the smartphone’s battery life to 40 hours or fully recharging the docked PadFone up to three times.

The PadFone Infinity and Infinity Station will be offered in the U.K. for £799. Like earlier models, the PadFone will not be available in the United States.

“PadFone™ Infinity is the latest evolution of our PadFone™ line,” said Jonney Shih, ASUS Chairman. “It combines incredible design with an uncompromised user experience derived from our Design Thinking philosophy.”

With a slender unibody design crafted from aerospace-grade aluminum, ASUS PadFone™ Infinity is both beautiful and durable. The 5-inch screen features a 1920 x 1080 Full HD resolution with an extraordinary 441 pixels-per-inch for text so crisp it looks like a printed page and wonderfully detailed high-resolution images. 64GB of storage complements the class-leading Qualcomm® Snapdragon™ 600 1.7GHz quad-core processor for a smooth and responsive premium Android experience, while 100Mbit/s LTE and 42Mbit/s DC-HSPA+ ensure super-fast web browsing and downloads.

The unique two-in-one nature of ASUS PadFone™ removes the tedious need to synchronize data between smartphone and tablet. Data and settings on PadFone™ Infinity are available instantly on PadFone™ Infinity Station upon docking, and running apps are smoothly reformatted to fit the larger display. Mobile data bills are also reduced, since a single data plan can be shared between both devices.

*Specifications may vary without prior notice. Options, pricing, performance and availability dependent upon region. For more details about the products mentioned in this press release, please visit http://press.asus.com .

The combined price of the ASUS PadFone™ Infinity and Infinity Station will be around SRP £799 (inc VAT). Exact price and availability will be announced closer to UK launch date.