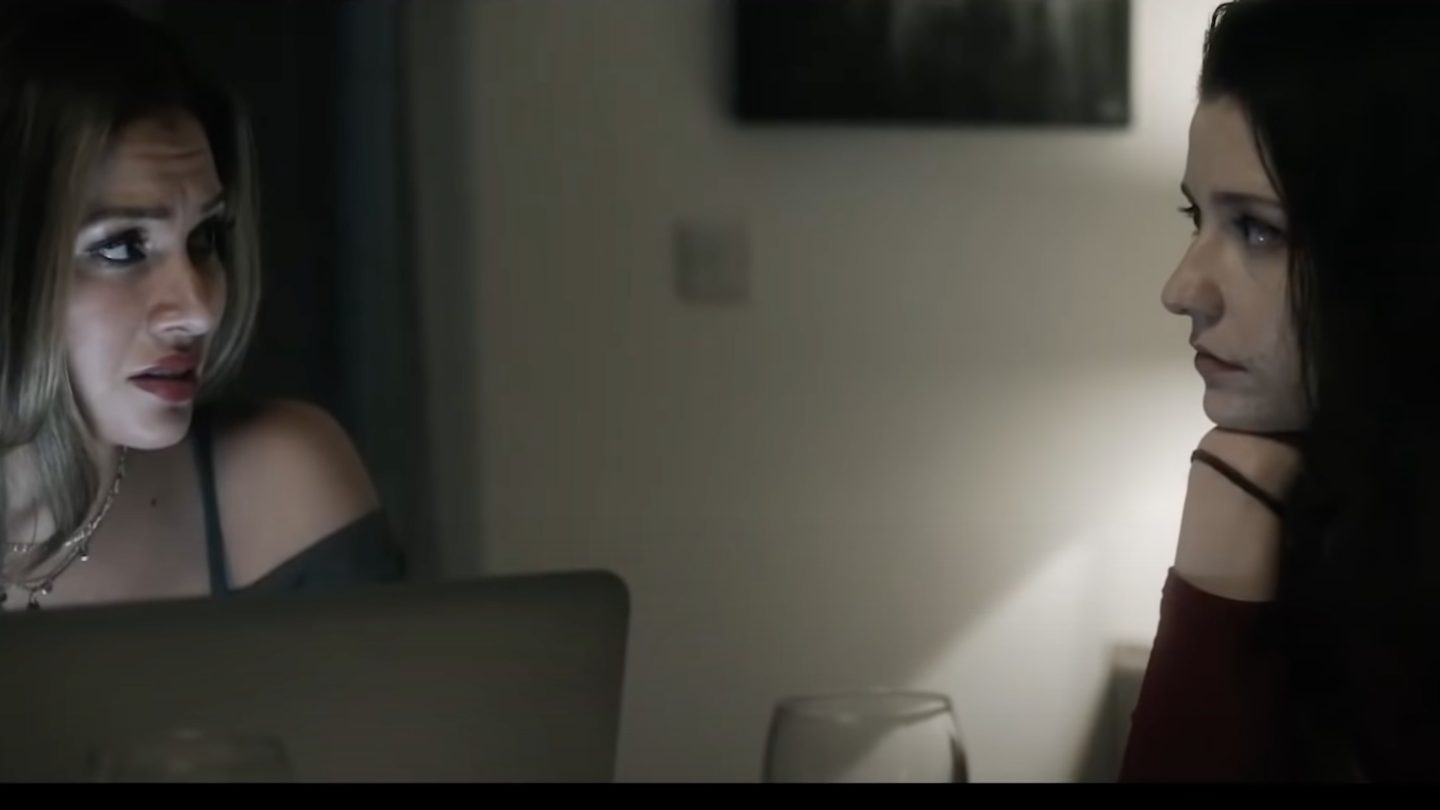 2021 gave us a slew of new horror movies, from all over the world and targeting all sorts of demographics. Netflix, in particular, pumped out a pretty steady cadence of horror genre content last year — with examples ranging from the Fear Street movie trilogy to Army of the Dead, Blood Red Sky, and much more. Releases outside of Netflix, meanwhile, include newly released titles like The Last Rite, which quickly attained an enviable distinction for itself.

This film, written and directed by Leroy Kincaide, garnered itself a perfect 100% Rotten Tomatoes score. And right out of the gate, at that.

According to the description of the movie, which is available digitally via VOD sources like Video, the plot is as follows. Lucy is a study-from-home medical student and a victim of sleep paralysis. She moves in with her boyfriend and falls prey “to a demonic force hell-bent on ripping her apart from within.

“Torn between sanity and the unknown, Lucy is left with no alternative but to contact a local priest, Father Roberts for help. With time running out and the dark force consuming her from inside, Father Roberts is forced to make a choice, do the right thing and get the church involved, or help Lucy by conducting his own exorcism against the will of the church.”

Lucy’s condition is not something I’ve seen addressed or utilized often in horror genre content. Basically, the condition is exactly what the name implies. A sensation of being unable to move or speak, while nevertheless being conscious or aware of what’s going on. A pretty scary premise and ripe for a horror storyteller, if you ask me.

After you finish watching The Last Rite, meanwhile, here are some of the other movies in the genre that Netflix debuted in recent months.

The Swarm: The central character of The Swarm is Virginie, who lives on and runs a farm with her children — 15-year-old Laura, and 7-year-old Gaston. Virginie raises locusts as a high-protein crop. But, as the Netflix synopsis explains, “Life is hard. Money worries and practical problems are piling up, (and) tensions with her kids and neighbors are running high. But everything changes when she discovers the locusts have a taste for blood.”

Two: Netflix’s summary of the bonkers story for Two, meanwhile, is as follows. “Two strangers awaken to discover their abdomens have been sewn together, and are further shocked when they learn who’s behind their horrifying ordeal.” Definitely lost me at two people whose organs are latched together. And yes, there’s an insane sex scene between these two people. A 1.5/4 rating over at Rotten Tomatoes described this movie as “damned ridiculous.”

A Classic Horror Story: “Five carpoolers travel in an RV to reach a common destination,” reads an English translation of this Italian-language feature, from Netflix’s press material. “Night falls, and to avoid an animal carcass they crash into a tree. When they come to their senses they find themselves in the middle of nowhere. The road they were traveling on has disappeared. Now there is only a dense and impenetrable forest and a wooden house in the middle of a clearing.”

Don’t forget about these horror titles

Netflix has become a place for horror fans over the past few years. One of the most terrifying films in 2021 was The Old Ways, which took Netflix fans by storm. You, of course, can’t go wrong with The Conjuring or The Conjuring 2, which have haunted audiences for years. If you want to search for the horror genre on Netflix, you just need to follow this link. Then again, if you want to watch a horror movie written by a bot, there’s an option for that too.