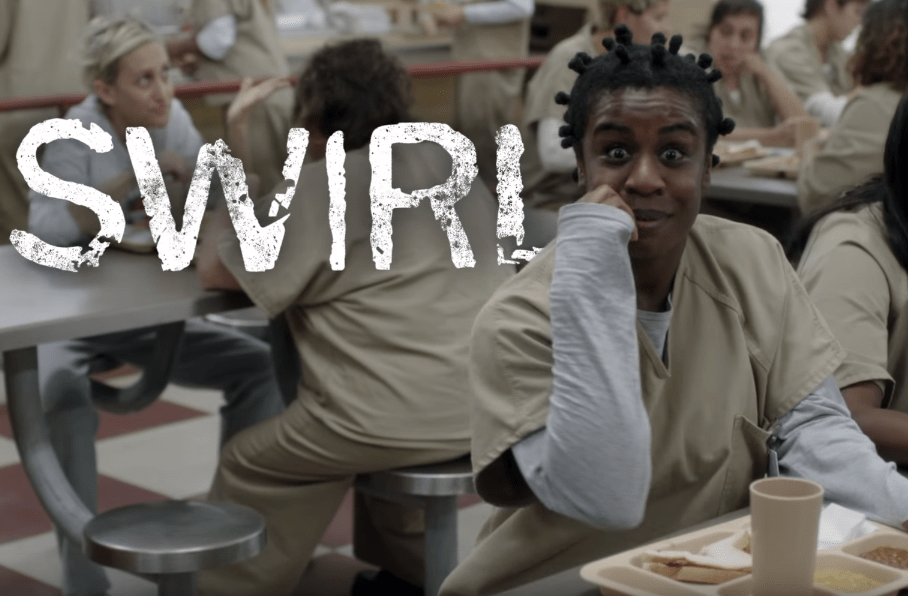 Rejoice, fellow binge watchers! Netflix this weekend not only announced premiere dates for several of its most popular shows but it also dropped a bunch of intriguing trailers and teasers for us to watch. The new videos included teasers for old favorites such as House of Cards and Orange is the New Black as well as full trailers for new shows such as Judd Apatow’s Love. Let’s go through them below.

Let’s start with the trailer for Love, which is the most substantive of the bunch. Created by Judd Apatow (Knocked Up and 40 Year-Old Virgin), the series stars Gillian Jacobs, best known to Community fans as Britta Perry. Here’s Netflix’s description of the show:

LOVE follows Gus and Mickey as they navigate the exhilarations and humiliations of intimacy, commitment, and other things they were hoping to avoid.
Having recently ended their respective dysfunctional relationships, Gus and Mickey meet each other by chance at a convenience store and forge a connection in the mending of their broken hearts and egos.

And here’s the trailer:

Next up is a teaser for House of Cards that makes a not-so-subtle reference to the train tracks where Frank Underwood ruthlessly murdered Zoe Barnes:

Orange is the New Black also got a teaser for its fourth season and it features all the characters we’ve come to love including Piper, Alex, Crazy Eyes, Big Boo and Red:

Next up is a teaser for a new show called Marseille that looks like it’s going to be a French take on House of Cards — in other words, it’s going to be filled with seedy corruption and political intrigue:

And finally, here’s a teaser for the Full House sequel Fuller House that will premiere on February 26th:

All told, it’s a promising early lineup for Netflix and we haven’t even seen any trailers yet for the second seasons of Daredevil and The Unbreakable Kimmy Schmidt.