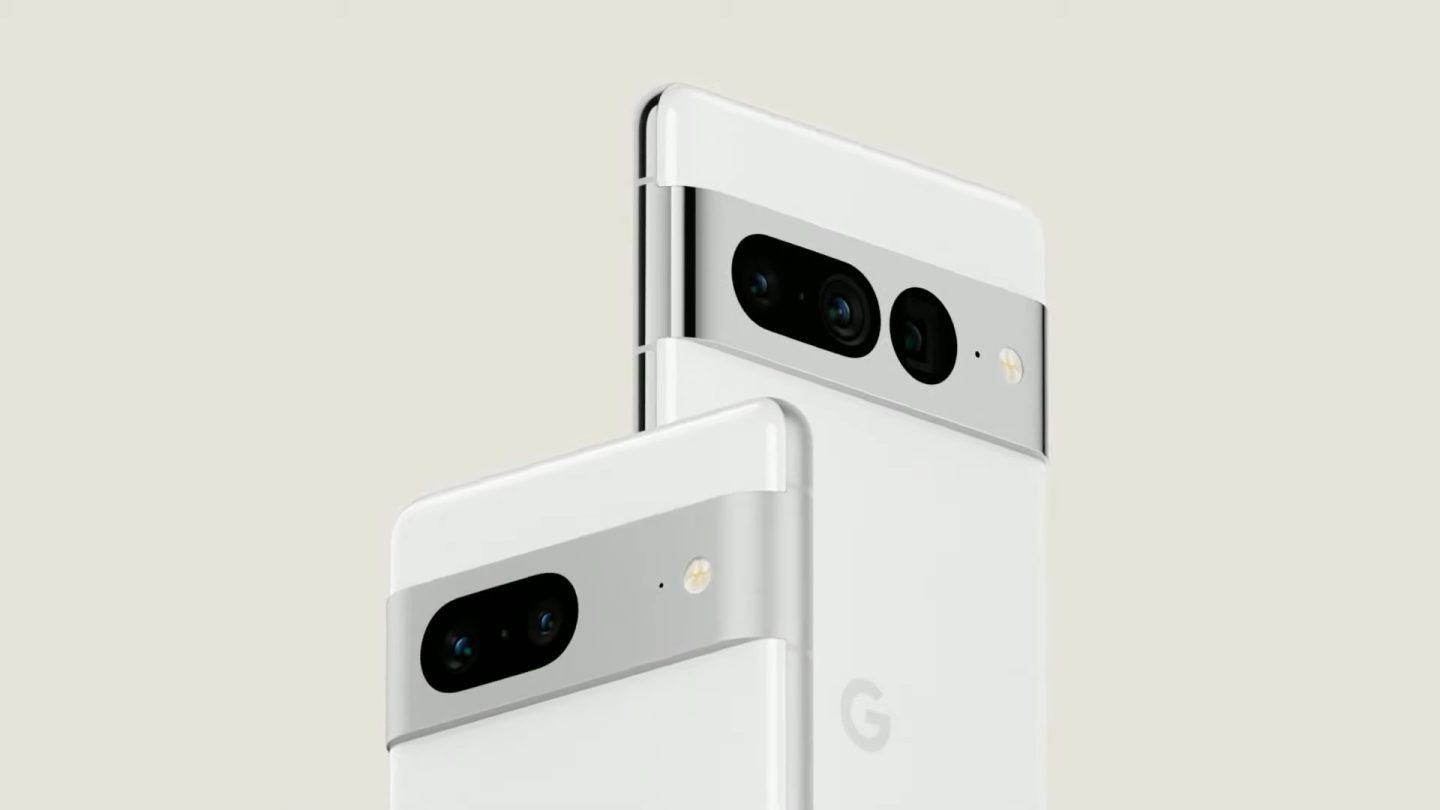 Google unveiled the Pixel 6a at I/O on Wednesday, which was something every Pixel fan expected. Rumors also said that the Pixel Watch might appear in an official capacity at the show for the first time. But we didn’t expect Google to show the Pixel 7 and Pixel 7 Pro at the event, confirming all the design leaks — and introducing a pill-and-hole design. That’s an unofficial description that we’ve been using for the new display design coming to the iPhone 14 Pro this year.

It turns out that Google beat Apple to the punch with a pill-and-hole design element. Only it’s not in the way you might think.

iPhone 14 Pro will have a new notch design

Before we get to Google’s use of the pill-and-hole design, let’s remember what the big iPhone 14 Pro rumors claim.

Five years after its introduction, the iPhone’s notch is significantly changing with the iPhone 14 series. The design update started last year with the iPhone 13, as all four phones feature narrower and slightly taller Face ID bezels at the top than all the iPhones that preceded them.

The iPhone 14 and iPhone 14 Max will feature the same notch like the iPhone 13. The iPhone 14 Pro and iPhone 14 Pro will get two cutouts at the top of the screen. One has the shape of a pill and will house the Face ID components. The other is a circular cutout where the selfie camera will go. The latter is similar to what’s available on Android phones right now.

The pill-and-notch design isn’t a mandatory update. After so many years, people are used to the notch. But it’s another detail that will let you tell the iPhone 14 Pro phones apart from the cheaper model. It’s also a visual identifier that separates the iPhone from the Android pack. This is where the Pixel 7 comes in.

Google previewed the Pixel 7 and Pixel 7 Pro designs during the I/O keynote, confirming the design leaks out there. We already saw renders indicating that Google will keep the Pixel 6 design for one more year, including the massive horizontal camera bump on the back. But the company will make some changes to the Pixel 7 phones, including the camera module.

As you can see in the image above, the camera module will have a metal enclosure rather than glass. Piercing through the metal, we have two holes for the three cameras on the back of the Pixel 7 Pro. That’s where Google’s pill-and-hole cutouts are found. And it’s only the Pixel 7 Pro that gets this particular design choice that will feel familiar to anyone aware of the iPhone 14 Pro leaks.

The regular Pixel 7 model will only have a pill-shaped cutout on the back. The cheaper handset will have just two rear cameras.

While there’s no connection between Google’s Pixel 7 Pro camera and Apple’s iPhone 14 Pro display designs, it’s certainly a coincidence people will notice. And it’s a design element that might stay in place for a few years.

Google is clearly going for a design language for the Pixel phones, so we expect the company to keep using this rear camera design for some time.

Over at Apple, rumors say the iPhone 14’s pill-and-hole display will be available on all 2023 iPhones. And the cheaper 2024 iPhones will still make use of it as the Pro versions transition to hole-punch designs. Apple is working on placing the Face ID and selfie cameras under the display, but that won’t happen sooner than 2026.