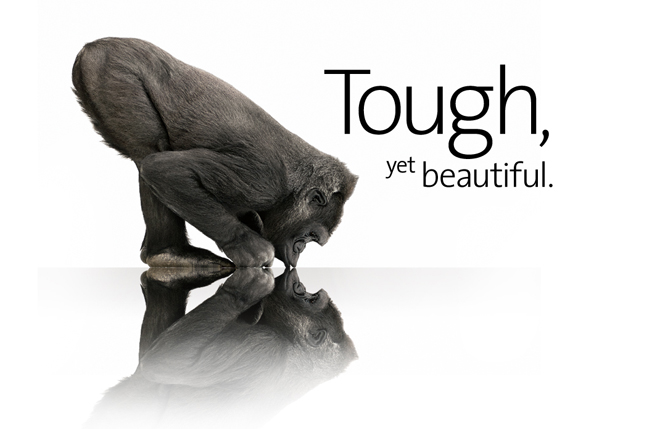 In a conference call on Tuesday, of which Seeking Alpha has published a transcript, Corning had to answer various sapphire-related questions from analysts, likely based on the increasing number of reports that say Apple may use sapphire displays in some of its 2014 devices, including the new iPhone 6, and what a switch to sapphire glass may mean for Corning.

The company’s execs including CFO Jim Flaws and Corporate Controller Tony Tripeny, mostly mentioned the disadvantages for manufacturers interested in Sapphire glass of using such displays.

“When we look at it, we see a lot of disadvantages of sapphire versus Gorilla Glass,” Tripeny said. “It’s about 10 times more expensive. It’s about 1.6 times heavier. It’s environmentally unfriendly. It takes about 100 times more energy to generate a sapphire crystal than it does glass. It transmits less light which it means either dimmer devices or shorter battery life. It continues to break. I think while it’s scratch resistant product it still breaks and our testing says that Gorilla Glass, about 2.5 times more pressure that it can take than Sapphire on. So when we look at it, we think from an overall industry and trend that is not attractive in consumer electronics.”

As for advantages, sapphire glass may be “a little more scratch resistant” than Gorilla Glass. Also of importance for Corning, from a marketing point of view is the “sexy name” of sapphire.

When an analyst followed up with a question about the cost of producing sapphire glass, Tripeny said that Corning has not yet entered this glass business as it’s not yet attractive.

“On the first question [What’s inherently more expensive about sapphire?], I think it’s really a combination of three things,” the exec said. “The formation takes about 4,000 times longer than Gorilla Glass at a significantly higher melting temperature. Its hardness makes machining more difficult and costly. Then the cost per unit increases exponentially because when you have defects in boundaries in the crystal growth process, you essentially cut them out and so unlike glass where we have developed technologies so that we can have very large pristine pieces of glass, when you have that on crystals, what you end up doing is always having a yield issue. So it is really those items that make things more expensive.”

Even though Corning clearly favors Gorilla Glass over sapphire, the company said it has no knowledge about future iPhones and iPads coming with sapphire glass, when directly asked about the matter by an unidentified analyst. The execs did say Corning will announce a new Gorilla Glass version for the high-end handset market later this year.

“Corning is really good about frequent updates and full disclosure and every time Corning’s been asked about this sapphire issue, you have extolled the virtues of Gorilla Glass and all the problems with sapphire,” one unnamed analyst said, asking whether sapphire glass adoption will have any negative impact on Corning’s business.

Interestingly though, a company like Corning, which has been confirmed to supply Corning Glass for iPhones and other devices, and will surely have knowledge of Apple’s glass needs this year, doesn’t appear to be afraid of losing significant market share to sapphire glass though, at least when it comes to its bottom line.

However, the execs also admitted that Corning may not always know what its glass is used for. “[Screen sizes don’t impact margins,] because for the most part, we sell large pieces of glass and then the people we sell them to, the finishers, they are the ones that actually cut them up,” Tripeny said.

It’s not unexpected to see mobile device component suppliers defend their products and attack alternative choices, especially when it comes to trend-setting devices such as Apple’s iPhone. And the iPhone 6 is surely expected to bring on new features as well, sapphire glass possibly being one of them, according to some people.

Only last year, a Qualcomm top exec said the 64-bit A7 chip in the new iPhone 5s and iPad Air is a marketing gimmick. Soon after, he was reassigned, as his comments were retracted by the company. Qualcomm later admitted that nobody saw Apple coming out with a 64-bit mobile CPU that early, and unveiled its first such chip that will equip mid-ranged devices at some point in the future. Similarly, oher chip makers including Samsung have also confirmed plans to manufacture 64-bit CPUs.