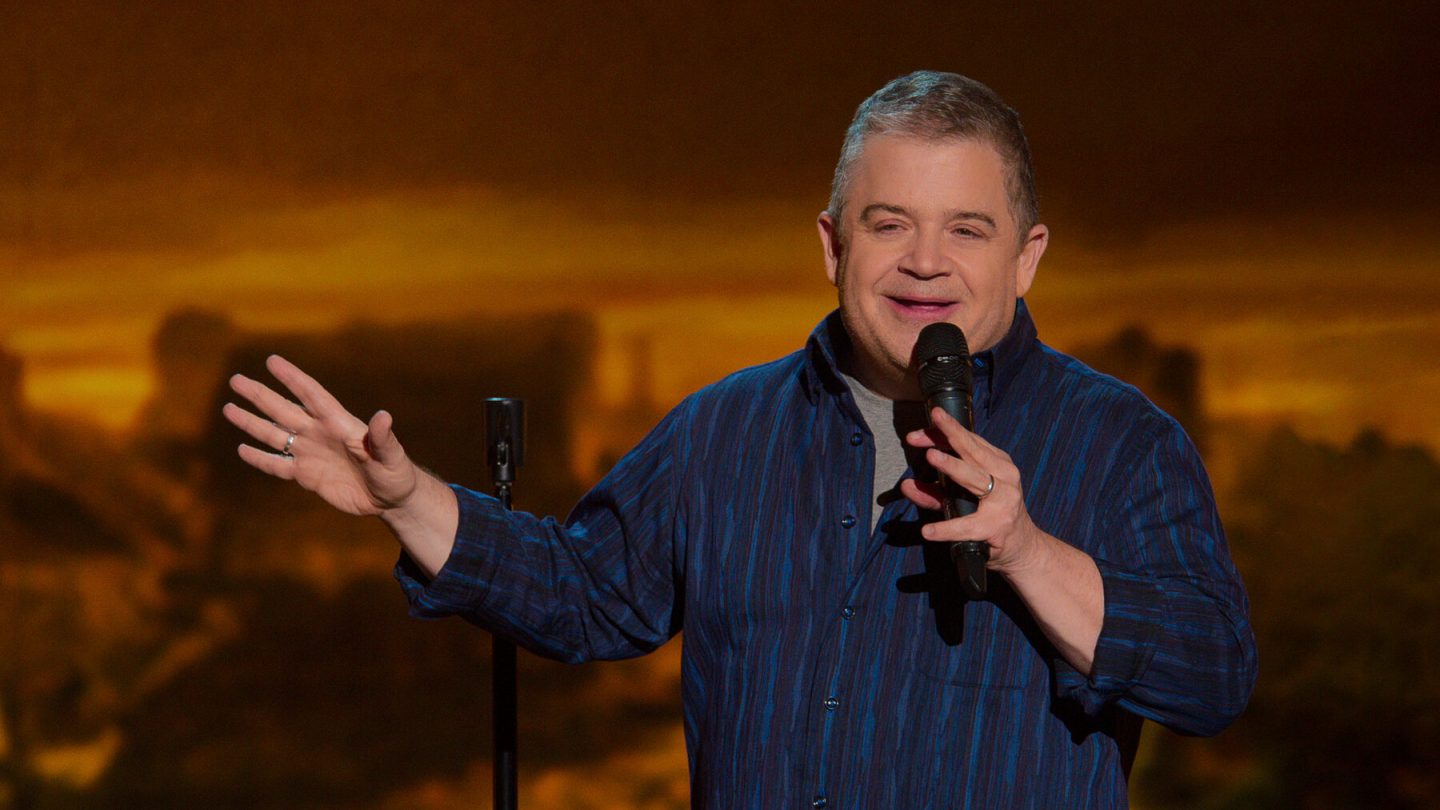 In typical Patton Oswalt deadpan, the actor and comedian kicks off his newest and just-released Netflix standup comedy special with some borderline dad humor about breaking his foot earlier this year. “It happened in two parts,” he helpfully tells the audience for We All Scream, his 1-hour-long fourth Netflix standup special that was filmed in Denver’s beautiful Paramount Theatre.

“Aging isn’t bad, if you don’t take it personally”

That’s the kind of approachable humor about topics like aging that audiences are in store for here. Oswalt goes on to joke about how people should approach getting old as if they were Jeff Goldblum in The Fly, carefully notating their weird bodily emissions in a leather notebook.

We All Scream, the streamer goes on to explain by way of summarizing Oswalt’s new Netflix standup special, finds him “discussing what happens to our bodies as we get older, who he could have been had he just followed the list he created during the lockdown, the Baby Boomer’s last temper tantrum, and much more.”

Always a good day when @pattonoswalt has a new special out. https://t.co/yeKn2NP3Hl

In addition to directing this special, by the way, Oswalt is also its executive producer, working alongside producing partners Dave Rath, Neal Marshall, and Marcus Raboy.

“Patton Oswalt: We All Scream is the pandemic & Vicodin-inspired stand-up special we all need right now,” one reviewer notes on Twitter. “He brings his style of nerdy and honest comedy, about a world we all just weren’t fully ready for yet. If anything, this was one of his milder specials. Yet, he nailed it.”

Added Y: The Last Man showrunner/EP Eliza Clark on Twitter: “Ummmmmm… who else is as stoked as I am to watch @pattonoswalt’s new special on Netflix?! WE ALL SCREAM! That’s both how I’m feeling (in an excited way) about watching it, and also the name of the special.”

As noted above, We All Scream is Oswalt’s fourth Netflix standup release (which also marks his directorial debut). Meanwhile, these are the additional comedy projects from him that are also available to check out on Netflix right now: Patton Oswalt: I Love Everything; Patton Oswalt: Annihilation; and Patton Oswalt: Talking for Clapping.