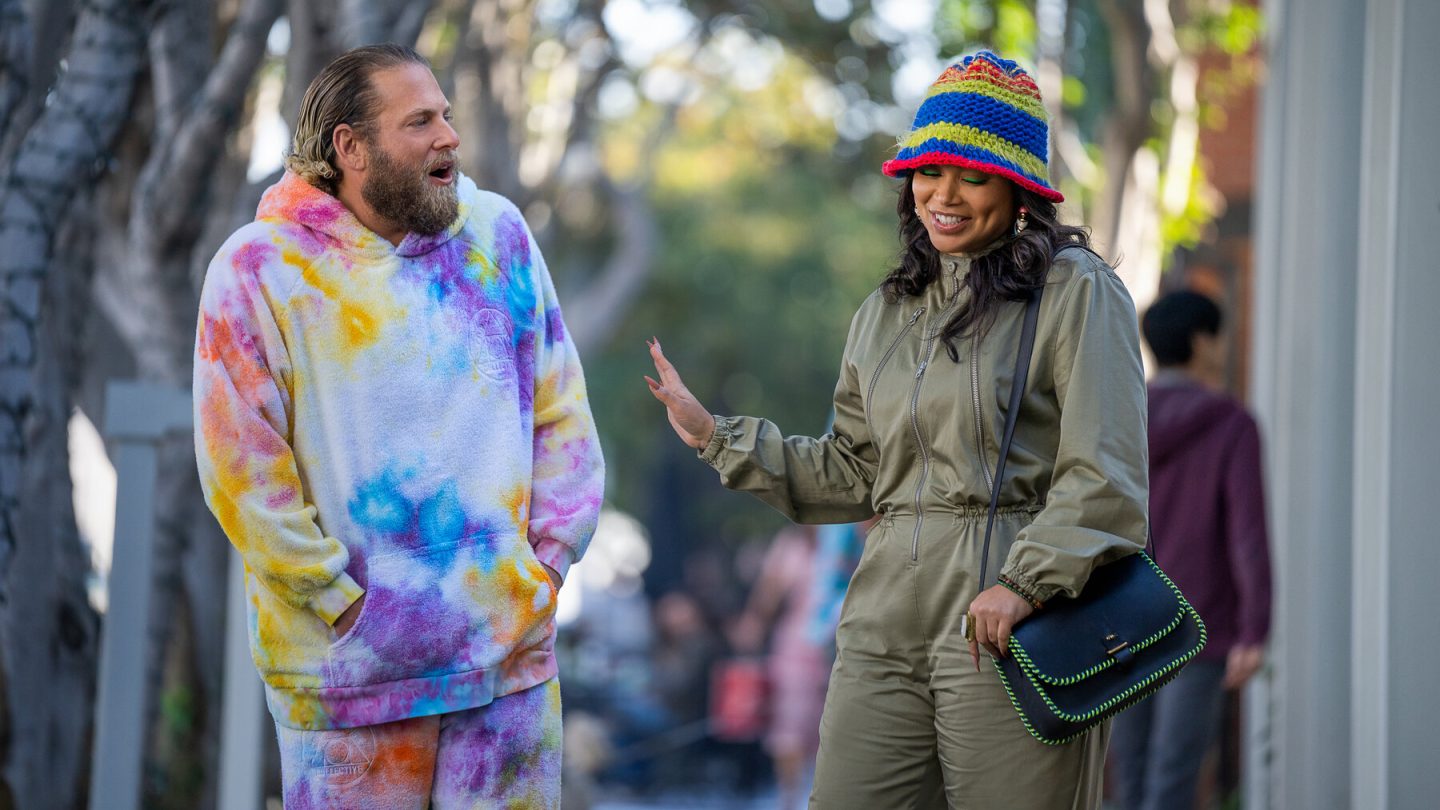 When audiences last saw Jonah Hill in something new on Netflix, it was as a patient in Hill’s documentary Stutz, filmed in black-and-white and offering a candid snapshot of what goes on between a therapist and his patient. It was the kind of deep and meaningful material that one doesn’t usually associate with the actor — who’s more often seen in lighthearted fare like his new Netflix comedy You People, coming to the streaming giant later this month.

That new movie — Kenya Barris’ directorial debut, which hits Netflix on January 27 — was co-written by Barris and Hill, and it puts a twist on the familiar “meet the parents” storyline involving two lovers, this time with the inclusion of a culture clash.

You People kicks off with a meet-cute. Hill’s Ezra Cohen accidentally gets into someone’s car (belonging to Amira, played by Lauren London), after mistakenly assuming she’s his rideshare. Once the shock wears off, there’s an offer of a date, and the two quickly and easily hit it off.

Eventually, it’s time to meet the families. Ezra’s are Jewish and (per Netflix) “semi-woke” parents, played by David Duchovny and Julia Louis-Dreyfus, while Amira’s are Muslim and “unyielding” (played by Eddie Murphy and Nia Long). Naturally, conflict and hilarity ensue.

“The one thing they have in common?” a promotional piece from the streamer teases about the movie. “The ability to mercilessly interfere with their children’s lives — with hilarious results. For proof, look no further than the film’s teaser, which shows Hill facing off with Murphy and Long as Ezra asks Amira’s parents for permission to propose. The venue? Los Angeles’ iconic Roscoe’s Chicken and Waffles.”

‘Masters at their craft’

London was born and raised in Los Angeles, and she said as part of a Netflix promotional interview that she especially enjoyed the opportunity to highlight some of her favorite childhood hotspots in You People.

“My favorite location was Simply Wholesome,” she said. “Growing up in LA, I used to walk to Simply Wholesome and grab a patty or a smoothie. Being inside a Black establishment that promotes wellness and health in the heart of our community, and that business being highlighted and shown in a big-budget film, that was very special.”

About her You People co-stars, she continues: “These collaborators are masters at their craft. You have Eddie Murphy and Julia and Nia Long and David Duchovny and Jonah Hill — and Kenya as the captain of the ship. Everyone brought in their specialness and their art.”